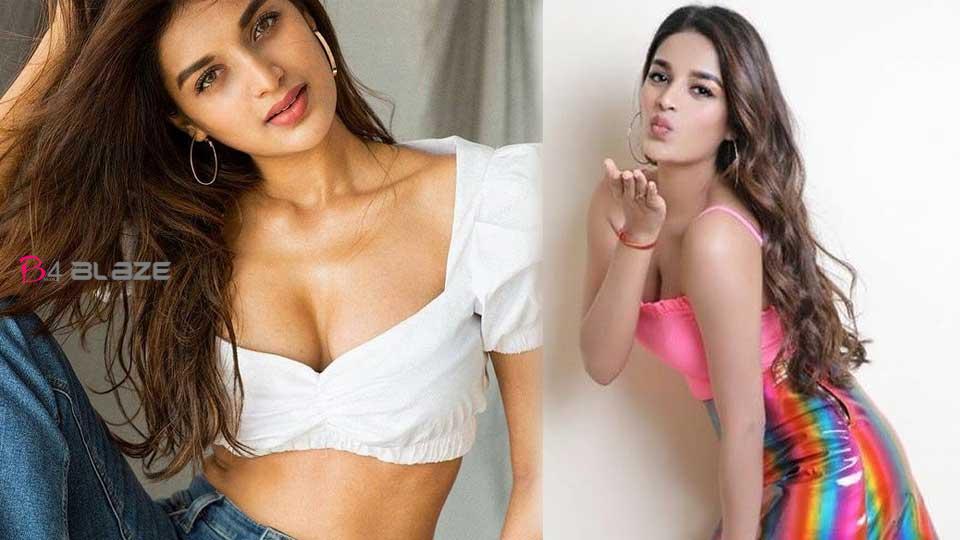 The Telugu actress Nidhhi Agerwal was busy on her birthday on Tuesday. She mentions on social media about her  Birthday celebration. On Tuesday, being the occasion of Nidhhi’s birthday, the makers of the film wished her by sharing an exclusive first look of the actress from the upcoming movie ‘Hari Hara Veera Mallu’. Nidhi is playing the role of Panchami in the movie. She celebrated her day with friends, family, and went to the temple. Although there are relaxations on lockdown regulations, the ‘iSmart Shankar’ actress Nidhhi Agerwal gave her a lot of time to her family and enjoyed with them.

The Telugu star Nidhhi Agerwal is showered with so many wishes on social media by her fans. She is getting tremendous wishes from her fan club. Co-actor Ashok Galla has also wished her for her birthday. 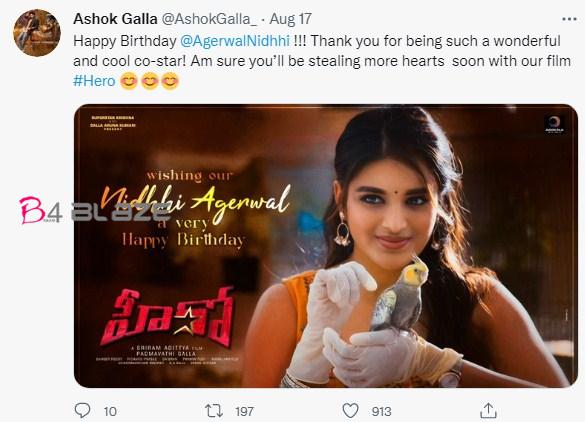 Nidhhi Agerwal also tweets that she had a wonderful and amazing year. The unfortunate pandemic caused changes in the entire film industry, but in the middle of all of that, she has spent time with her friends and family. She has signed some projects during the Covid and she is working on them. She is grateful for the year, personally and professionally.” Nidhhi Agerwal is at present shooting for the Telugu film ‘Hari Hara Veera Mallu’ with Pawan Kalyan. She has another Telugu project as well with Ashok Galla. The shoot for it is nearing its end. Apart from these films, she is working in an untitled Tamil film in which she stars alongside Udhayanidhi Stalin. Niddhi was also seen in the latest movie “Saath Kya Nibhaoge” along with ith Sonu Sood.