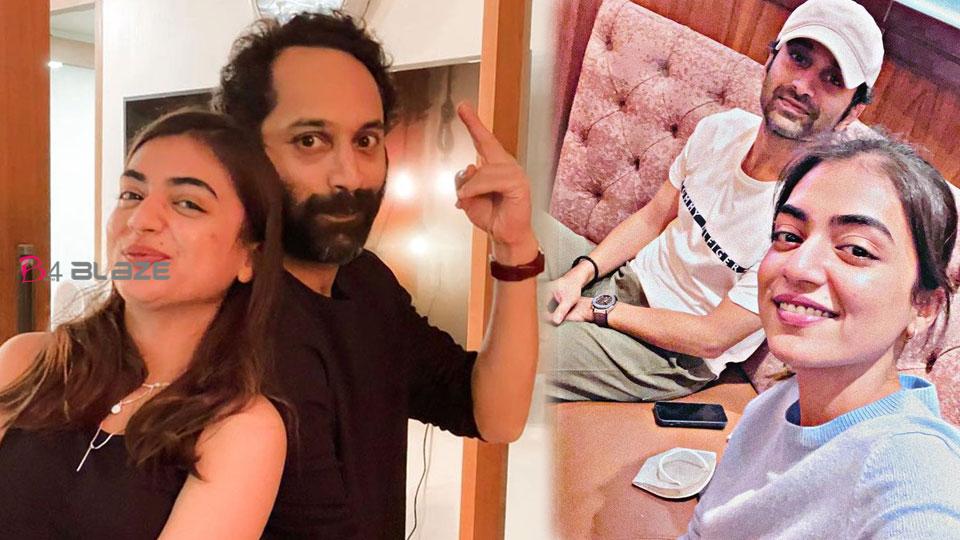 Fahadh Fazil starrer ‘Malik’ is being streamed on Amazon Prime Video. Fahadh’s performance in the film has already garnered critical acclaim. Now, the note shared by Nazriya congratulating her beloved is gaining attention.“Sir G .. I am a big fan of yours. It amazes me every day. I do not speak with partiality. This is a fangirl moment selfie, ”says Nazriya. Nazriya shared the picture with Fahad with the hashtags Fafa Boy and My Boy.

Fahad has repeatedly said that one of the best things that happened in his life was that Nazriya came into his life. Fahad says that all his achievements came after Nazriya came into his life and that he would not have done any of this alone without Nazriya. In a lengthy post recently shared on social media, Fahad opened his mind about Nazriya’s influence in life. “Even my small achievements came after I started sharing life with Nazriya. I’m sure I would have done none of this alone. I wonder what my life would have been like if Nazriya had not been so sure of us. ”Fahad also said in a note that he had proposed to Nazriya during the Bangalore Days shooting.