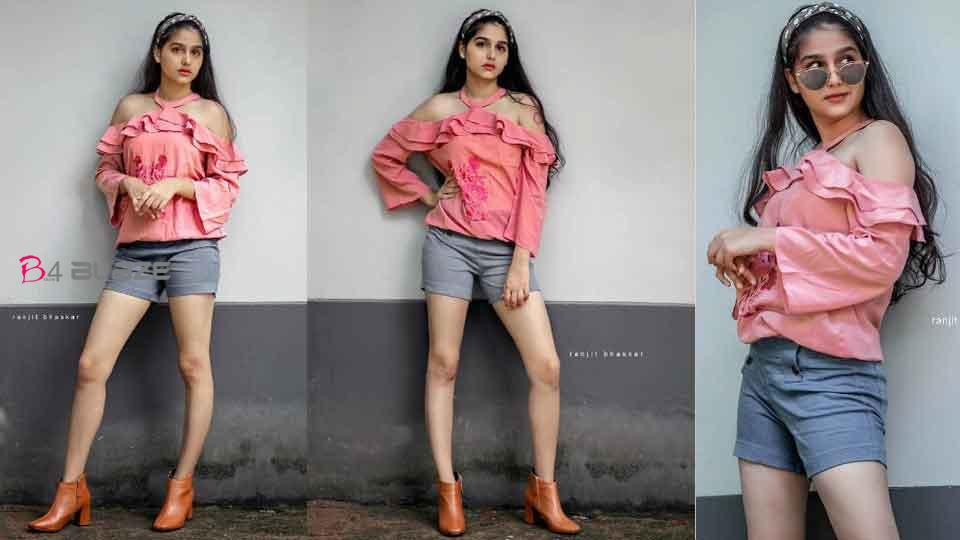 Anashwara Rajan made her Malayalam debut as a child actress in Manju Warrier’s Sujatha. Anaswara later became the heroine of the film First Night. A photoshoot film recently shared by the actress has received rave reviews.

The photoshoot, which featured casual shorts and a rose gold freestyle top with a modern look, received a lot of criticism. Aishwarya has already come up with a good response to the criticism. Two pictures have now been posted of the actress wearing the same outfit as in the previous post. Yuvanati has also given an interesting caption. Anashwara’s funny comment is, ‘Don’t worry about what I’m doing, just complain about what I’m doing and why you’re complaining.’ Many people have come to the comment box expressing their support for the star.

Fans have reacted with bad comments and bad calls to the photoshoot, which was done in a modern look with casual shorts and a rose gold free style top. Some people question whether the modern show started when he was 18 years old. Others commented that this look was ugly and that she was no longer waiting for pictures of herself in a bikini. But despite the harsh criticism, many have come out in support of the star.