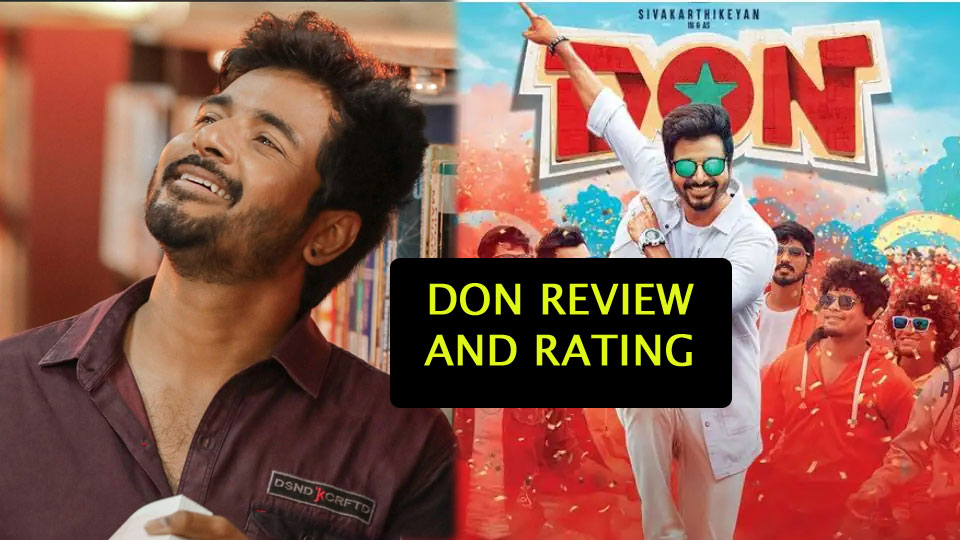 Don is the movie that talks about Indian parents’ obsession with making their children engineers. Sivakarthikeyan’s Chakaravarthi can’t stand his dad. Also, he has his reasons. Chakaravarthi’s dad, played by Samuthirakani, is a common man, with old-fashioned parenting skills. He accepts that there are relatively few parenting issues that can’t be solved with a tight smack across the face. Chakaravarthi does not openly rebel against his father because all it will get him is bruises on his face. His resistance is fairly tranquil. He won’t respect his dad’s desire for him to do well in his examinations by willfully doing everything in his power to fail in his studies. In spite of every one of his endeavors, his dad places him in an engineering college.

Chakaravarthi is an erratic individual. He has an aim and that aim is to find an aim in his life. Debutant director Cibi Chakaravarthi makes this cocktail by filling up the story with social commentary on the dated educational system and a feel-good romantic track.

It is exceptionally simple to acknowledge Sivakarthikeyan. The film likewise intently looks like the battles he faced, in actuality, before he turned into a celebrity. He mixes the person with a great deal of conviction and obvious energy, which is exceptionally hard not to capitulate to. The actor has brought his A-game to this film. From mimicry to his craziness.

One more great nature of Don is it isn’t uneven. The campus drama is all about the hero learning there are no villains in his life. There are only well-meaning people with different life experiences. The movie ends well and leaves you in a good mood and satisfaction.