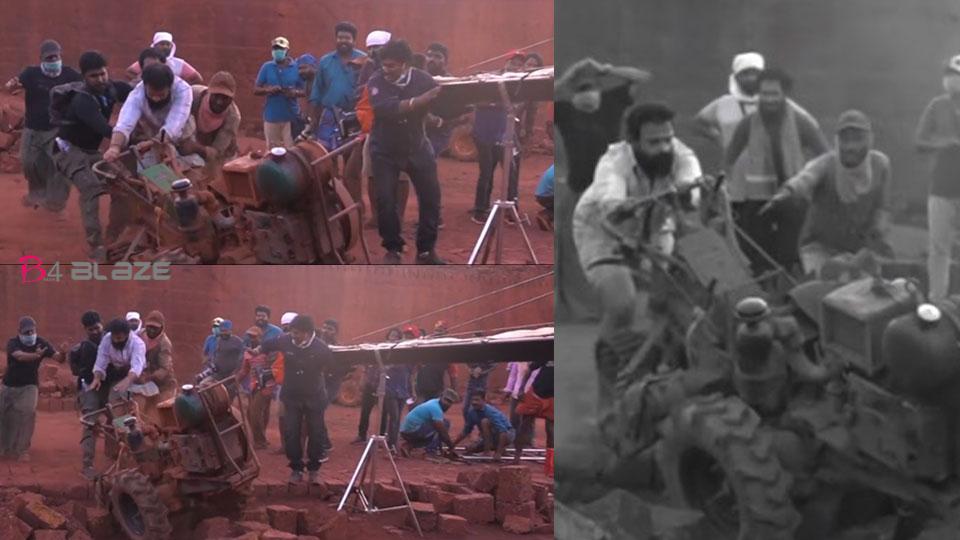 Jayasurya escapes a terrible tragedy from the shooting set of  ‘Vellam’. The accident happened while filming a scene where the Power Tiller was running. The vehicle suddenly lost control and sped forward. The actor escaped from a major accident due to the timely intervention of the crew members. The crew members said Jayasuriya’s responsibility to make the shot as good as he could, despite being duped, shocked many at the location.

After Captain, Jayasurya and director Prajesh Sen team up to tell the story of Murali, a native of Kannur. Filmed in full sync sound, ‘Vellam’ is ready for release. The film is produced by Joskutty Mathil, Yadukrishna and Ranjith Manabra Kattu under the banner of Friendly Productions. Samyuktha Menon and Sneha Paliyeri will play the lead roles in Jayasurya. Siddique, Indrans, Baiju, Sreelakshmi, Priyanka, Johnny Antony, Edavela Babu, Vettukili Prakash, Nirmal Palazhi, Santosh Keezhatoor, Sivadas Mattannur, Jeans Bhaskar, Baby Sreelakshmi and about 30 newcomers are in the cast. The film is distributed by Central Pictures.