No one can forget Suchitra Murali, who entered the Malayalam film world as a child actress with the film Aravam. The actress made her acting debut in the film No. 20 Madras Mail directed by Joshi and Priyadarshan. Later, he acted in several films such as Kasaragod Kadar, Mimics Parade, and Kawadiyattam. Suchitra has always been a favorite of family audiences, even though she left the film industry after her marriage.

The actor is now thinking of making a comeback to the film world. “There is a lot of competition going on in Malayalam cinema now. Suchitra said that when she sees some characters, she always feels that she should have done it.

The actor said that he has never had a bad experience in the film industry and has never had any meet-up experience in his career. Suchitra said that if the film was with the audience, there was a good sense of security. Suchitra added that she was scared when she was staying alone in a hotel when she went out and that it was the courage to be with her companions even on trips. 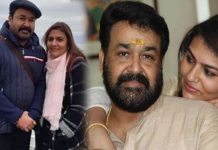 Mohanlal is a bad actor in real life: Suchitra!

These actresses are Disappeared from Mollywood Silver Screen!