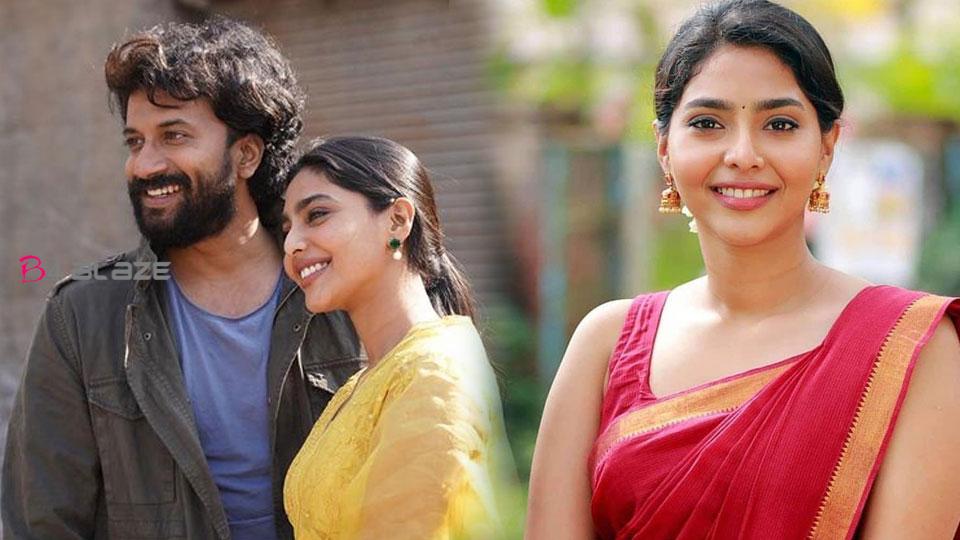 Aishwarya Lakshmi is one of the most sought-after South Indian actresses. Taram is known as the lucky heroine of Malayalam. Nivin Pauly was seen in the lead roles of Fahad Fazil, Asif Ali and Kalidas Jayaram. Now she is busy with a handful of films in Malayalam and Tamil. Aishwarya is all set to star in Mani Ratnam’s cosmic film Ponniyin Selvan, an action thriller with Dhanush, Archana 31 Not Out in Malayalam, Bismi Special, Kanekkane, and Kumari.

Aishwarya Lakshmi is an actress who has made a name for herself in films like Mayanadi, Varathan, Vijay Super, and Pournami. Aishwarya’s new films include Jagame Tantram, Archana 31 Not Out, and Ponniyin Selvan. The actress, who is very active on Instagram, has now shared a new post. She revealed that she fell in love with the characters, after watching the Malayalam Movie Nayattu. The movie was staring Kunchacko, Nimisha Sajayan, and Joju George.

Her post was like, Just finished watching Nayattu. What a film this is, I cannot fathom the amount of effort, thoughts, discussions, fights and creative energy that went into the making of this beauty! So original! So so so beautiful!Shattered my heart to pieces. Kunchacko Boban, Nimisha Sajayan,Joju George Amazed by the amount of talent you all have . I’m in love with Praveen, Sunitha and Maniyan . It’s not easy to make the characters linger on with the viewers. You three are masters of it. I’m equal parts in awe and jealous. Every actor in this film is brilliant and irreplaceable! What casting ! What performances! Shyju Khalid #VishnuVijay How do you both surprise every single time ! How , just how ?!It was poetry literally! You had your own little stories happening by the side , it added to the Hunt , which resulted in a growing lump inside my throat,Stirred so much emotions in me , that am penning down a mountain of thoughts this midnight with the ulterior motive that none misses this gem .There is an overflow of emotions in me , ShahiKabir , how you write stories that capture interpersonal dynamics, unfair system & its manipulations so accurately is beyond me. I loved Joseph and I love loveee Nayattu.I have a “ what else could it have been “ session with myself after every film I watch, and with these two I dint want to change a thing! The ruthlessness of it all came crashing down at the end of the film, I still havnt moved from my couch. I so badly want justice for them even though the film ended a while ago,It wouldn’t exist if not for your words. Martin Prakkat , I have known you to be a shy person, someone who disowns his work, has trouble accepting compliments, compulsive over-thinker, but my humble request is don’t do any of that now, Stop and enjoy the love coming your way! Because this is a masterpiece and you are a magician! How else could you conjure up Nayattu, Thrilling heartbreaking and Ruthless!I have read somewhere that cinema is important because it gives you experiences that you can’t have on your own. I wish I had vocabulary so vast that I could adequately praise this movie i truly love”