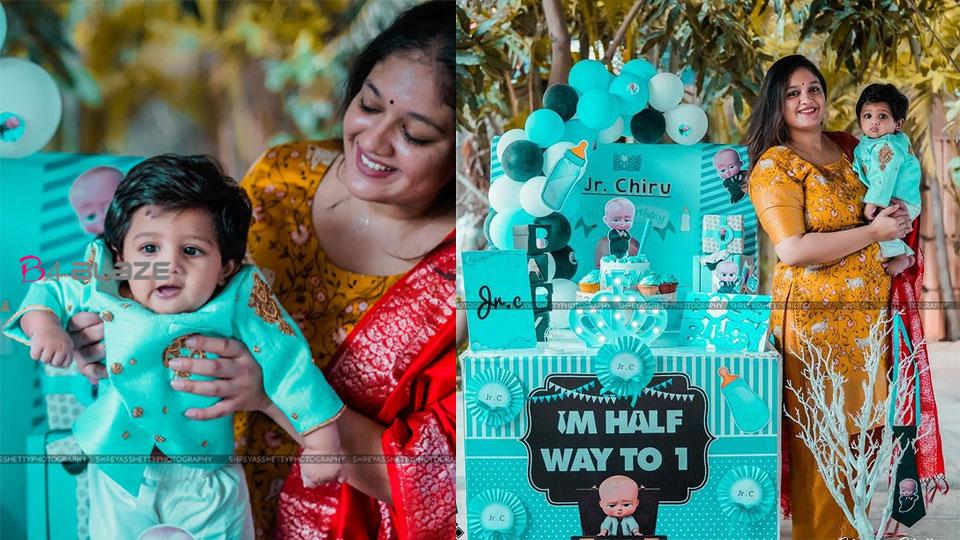 Malayalee audiences love Meghna Raj and her son Jr. Chiru. Meghna, who is overcoming a major crisis in her life, has been embraced by her fans with love and respect. Therefore, Meghna shares all the happy moments of her life with her fans. Now, Meghna is sharing pictures with her son Jr. Chiru, who is six months old. Meghna has shared the latest pictures with her son on Instagram. Meghna shared pictures of her son holding her with the caption “Appa and I love u so much”. Many stars and fans are coming to the film with comments. Most of the greetings are for the baby who is celebrating his sixth month.

Earlier, Meghna shared a similar post when her son was five months old. The actress shared the post saying that she was introducing an important person in her life that day. Dr. Madhuri Sumand, who was with her gynecologist during her pregnancy, introduced Meghna to her fans through an Instagram post. In the note, Meghna said that she was not only her gynecologist but also her sister, best friend, and family member. Meghna said that she was the person who stood by her during her difficult time and thanked them.