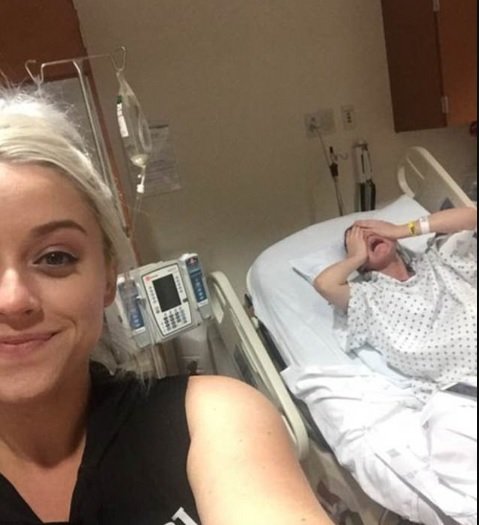 Some may contend she ought to have been holding her pregnant sister’s hand. Be that as it may, for Kat Armendariz, from El Paso in Texas, it was a photo opportunity she couldn’t help it.

The young lady whipped out her telephone as her sister lay in a doctor’s facility bed out of sight shouting out in torment and amidst work – and took a selfie!

Carefree close relative Ms Armendariz took to Imgur to share the picture, which she inscribed ‘SELFIE! While my sister is going to push an infant out her vag!’, and it has since circulated around the web on the website with more than 496,000 perspectives and 1,000 remarks. 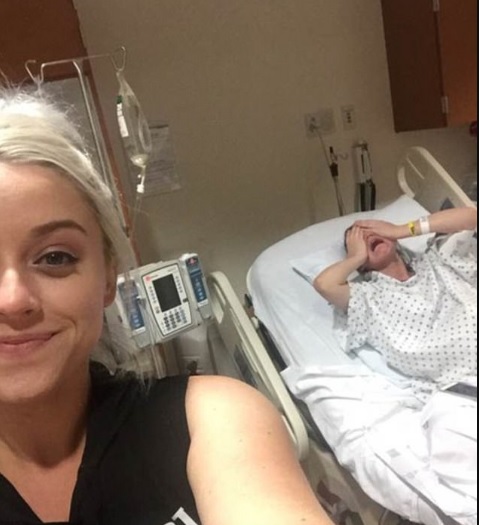 In the funny photo, Kat can be seen grinning at the camera as her sister Kimberly shouts out in torment and has her head in her grasp as she lies on the healing facility bed.

The photo may have appeared to be harsh yet Kat consoles that her sister has seen the amusing side.

Kat, who is a picture taker and mother-of-five herself, addressed Mashable where she stated: ‘She wasn’t in a lot of agony at to begin with, so she thought it was entirely amusing.