HomeAutomobileHelmets will be compulsory for children below 4 years while on bike
AutomobileNewsThoughts
February 16 2022, 16:32 IST 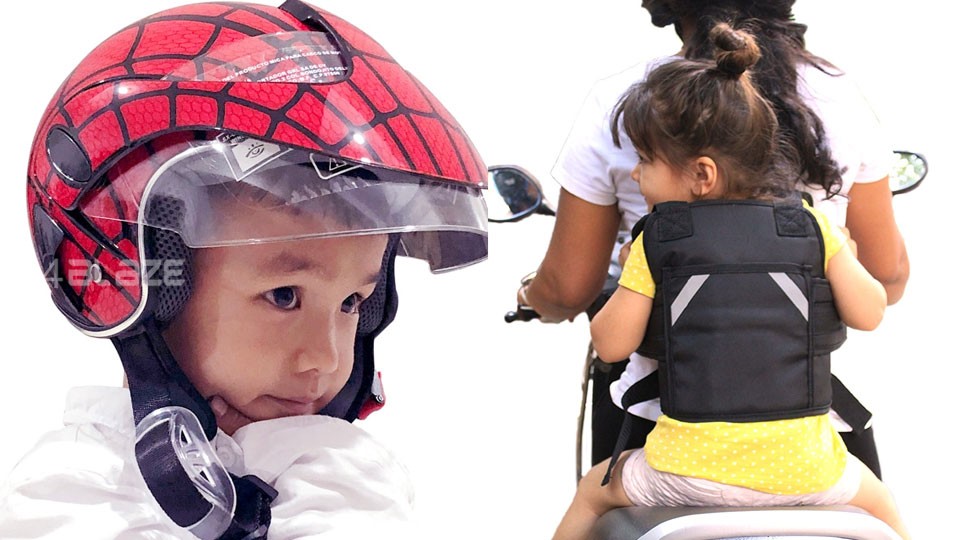 The Central government has allegedly ordered the use of helmets for the kids for safety purposes. Kids riding pillion on two-wheelers across the nation must now start wearing helmets. It has additionally guided protective helmet makers to make head protectors for kids according to their size also. Additionally, a flexible security outfit must be worn by youngsters for their wellbeing. Under the new rule, any infringement will draw in a fine of Rs 1,000 and a three-month suspension of the driver’s license.

The helmet helps to protect against injuries in accidents. Until now it was the rule that only adults traveling in vehicles were required to wear a helmet. The new standards have been proposed by means of a correction to the Central Motor Vehicles Rules, 1989, and will cover kids up to the age of four years. Any bike with a kid on it should go at a greatest 40-km each hour speed limit. The Central government prior proposed to mandate the use of a safety harness and helmet for children riding pillion on two-wheelers and issued a draft notification in October 2021 to ask citizens their opinion on the matter.

MoRTH has made mandatory a safety harness and crash helmet for children below 4 years being carried on a two-wheeler with a restricted speed limit of 40 kmph.
These rules will come into force from 15 February 2023. pic.twitter.com/Nwmjz1wpgA

Even though the government has asked helmet manufacturers to make kid’s helmets, according to their size, the safety harness comes with a pair of straps that form shoulder loops and secure the child to the driver. According to the Bureau of Indian Standards (BIS), the seat should be lightweight, adjustable, and durable with waterproofing. The seat is made of heavy nylon or multifilament nylon material with a high density of foam.