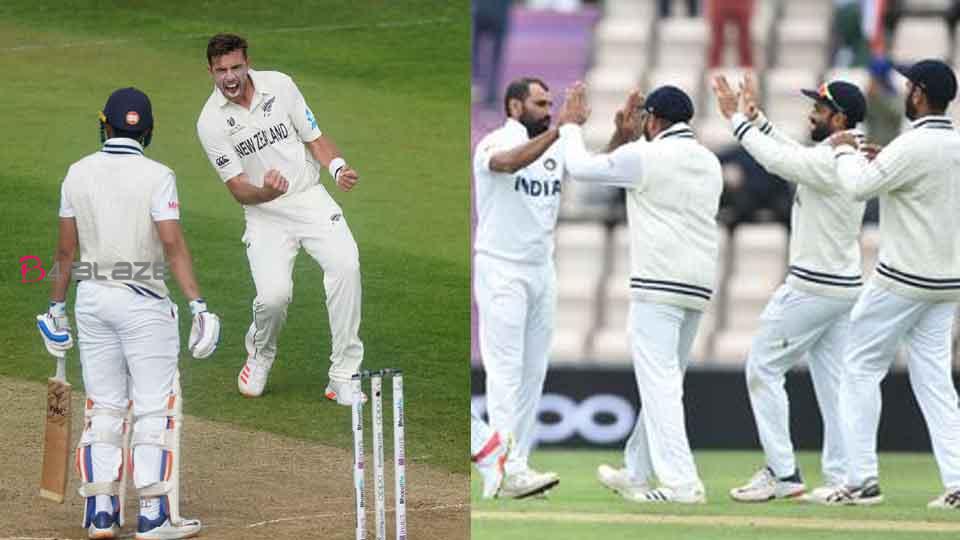 The final match of the ICC World Test Championship (WTC Final India vs New Zealand) is being played at The Aegis Bowl Stadium in Southampton. The reserve day game has started. Virat Kohli and Cheteshwar Pujara have come to the crease to advance India’s second innings. India are leading by 64 runs for two wickets.

03:00 PM: Cheteshwar Pujara and Virat Kohli have come to the crease. India will be looking to score quick runs while New Zealand will be eyeing to get India out as soon as possible. Virat Kohli shook hands with BJ Watling after reaching the crease. This is the last Test match of New Zealand wicket-keeper batsman Watling. He has already announced it.

02:50 PM: Before the start of the match, New Zealand fast bowler Tim Southee said that we wanted India to take three-four wickets by the end of the fifth day. His taking two wickets was also good.

02:30 PM: The weather in Southampton is absolutely clear, Virat Kohli and Cheteshwar Pujara will take the Indian innings forward in a while. After the pitch, the grass is still there, but a little less than on the fifth day. In such a situation, the fast bowlers can get help from the pitch in the first session.

02:30 PM: Fast bowler Mohammed Shami gave his opinion about what will be the strategy of Team India on the day of Reserve Day.