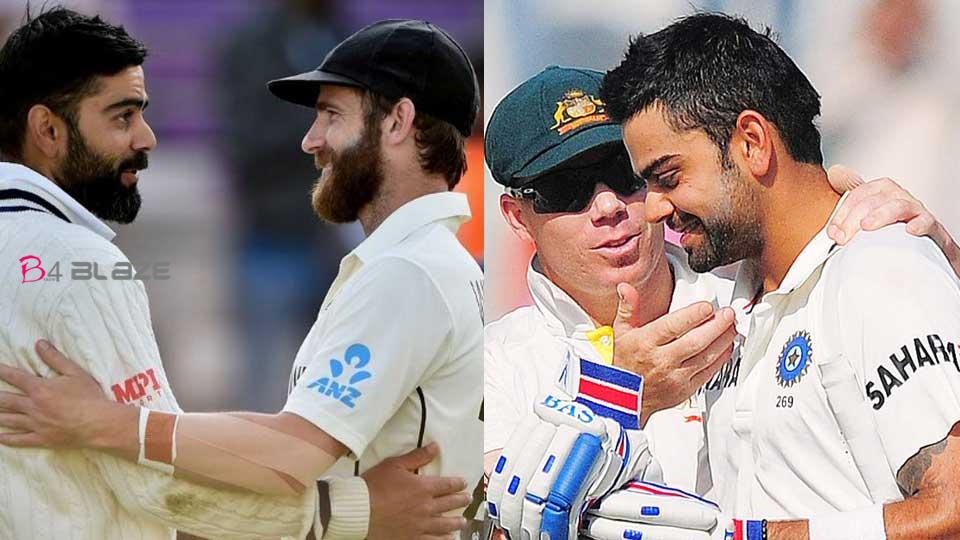 The winner of the ICC World Test Championship tournament, which lasted for almost two years, has been decided. New Zealand defeated India by 8 wickets at the Aegis Bowl ground in Southampton to clinch their maiden WTC title. New Zealand played tremendous cricket in the rain-affected final match and this is the reason why the entire cricketing world is considering the Kiwi team as the rightful deserving of this trophy. Australian opener David Warner also congratulated the New Zealand team on winning the World Test Championship title and praised the captaincy of Virat Kohli and Kane Williamson.

Sharing the photo of Virat and Williamson on his Instagram, the Australian opener wrote, ‘Credit goes to these two great captains. A very tough match, despite the bad weather, an eventful winner was found and it was New Zealand. It has been great for Test cricket. Congratulations to Kane Williamson and his team for winning the WTC title. The Indian team had set a target of 139 runs in front of New Zealand in the fourth innings, which the Kiwi team achieved by losing just 2 wickets.

For New Zealand, captain Kane Williamson and Ross Taylor put on a 96-run partnership to take the team to the threshold of victory. Williamson returned unbeaten on 52 and Taylor 47. Earlier, the Indian batting order was shattered like a pack of cards in front of the Kiwi bowlers and in the second innings, the team could score only 170 runs. For New Zealand, Tim Southee took 4 wickets in the second innings and Boult took three wickets, while Kyle Jamieson took five wickets in the first innings.