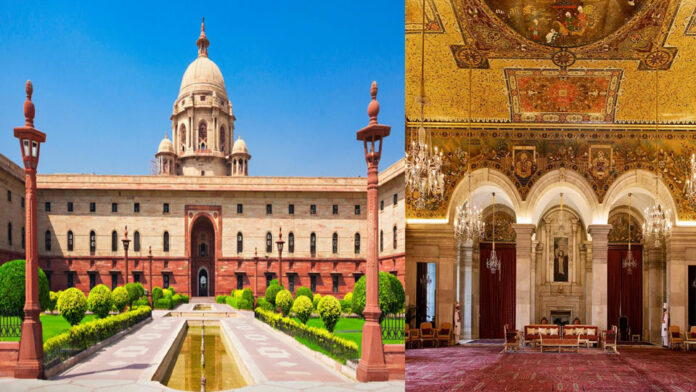 The election for the next President of India will take place today on Monday, with Droupadi Murmi of the NDA holding a numerical advantage over Yashwant Sinha of the opposition. Aside from the lofty and demanding responsibilities of becoming the President, what would our life be like as President of India as the clock ticks down to the winner being announced on July 21?

The Indian Constitution stipulates a number of requirements that must be met in order to qualify for the grand post:

2) If a person occupies a paid position with the Government of India, the Government of any State, or with any local or other authority under the supervision of any of the aforementioned Governments, they are ineligible to be elected as President.

If you fulfil all of the aforementioned criteria, your nomination will be accepted.

Privileges received by a President of India-

To start with, you will receive a salary of about Rs 5 lakh per month. The salary of the Indian President is fixed by the law known as the President’s Achievement and Pension Act of 1951. Furthermore, the President of India is the highest-paid government official in the country. The President’s salary was increased in 2018 from Rs. 1,50,000 to Rs. 5,00,000 per month.

Rashtrapati Bhavan, popularly known as the mansion, is the 340-room main structure that houses the president’s official residence, including reception halls, guest rooms, and offices. It was finished in 1929. However, it may also refer to the complete 130 hectare (320 acre) Presidential Estate, which is enclosed by walls and includes the presidential gardens, sizable open areas, staff and bodyguard apartments, stables, various offices, and utilities.

The President of India currently has two getaway locations, one in the north and one in the south.

The President travels to The Retreat, which is on the hilltop of the Mashobra, at least once in a year, and the main office relocates there while he is there. The Retreat is hundreds of feet higher than the Shimla Ridge Top in a beautiful location. The Retreat is a well-liked tourist site in Shimla due to the location’s natural beauty and architectural design.

After India’s independence, the President’s Secretariat was given control of the Rashtrapati Nilayam building in Bolarum, which had been owned by the Nizam of Hyderabad. The 90 acres of land that make up this structure, which was built in 1860, are all together. On the property, there are 11 rooms in a single-story building. Additionally, there are a morning room, a dining room, a cinema hall, a darbar hall, and a dining room.  At least once a year, the President of India travels to Rashtrapati Nilayam and does official business there.

The Home Ministry is very clear that the make, model, and registration numbers of the President of India’s cars are a state secret and that disclosing such information would jeopardise the security of the first citizen, even though the cars of Indian Presidents are updated in accordance with time and technology. Ashoka Pillar, the country’s emblem, is displayed on these vehicles in place of the licence plate.

President Kovind was supposed to get a new car in January 2021, but the pandemic caused a delay, and he only received the new vehicle, a Mercedes Maybach S600 Pullman Guard, before Independence Day on August 15.

The President’s Merc can survive

In addition to his black Mercedes Maybach, there are numerous additional vehicles in the President’s motorcade. One of the cars in this convoy is the previous presidential car, a black armoured Mercedes-Benz limousine that may act as a backup vehicle. Other vehicles utilised by previous Indian presidents include Cadillacs and Rolls Royce.

The President of India is protected by the President’s Bodyguard (PBG). The PBG is the oldest and senior-most unit in the Indian Armed Forces. It is the sole military horse unit in existence. PBG is a ceremonial unit that can also be used in times of conflict because they have paratrooper training.

The Indian President is entitled to a number of rewards after retirement. 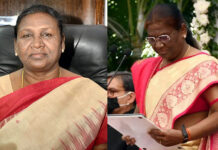 Droupadi Murmu will take oath as 15th President of India