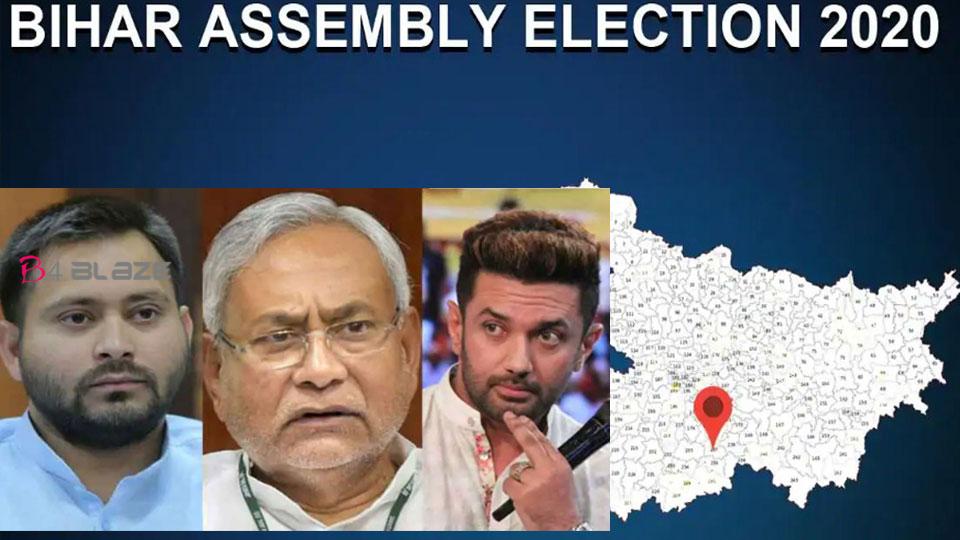 According to the Election Commission, about 6000 votes have been counted in the first round on Raghopur seat. CM candidate of Grand Alliance Tejashwi Yadav is leading by 500 votes.

– trends in the Bihar assembly elections so far if the results changed in the BJP-JD-U alliance is visible easily set by the government. For this, he will not need anyone’s support.

According to the Election Commission, Bihar Assembly Elections: NDA is leading in 102 seats – BJP is leading in 54 seats, JDU in 42 seats, Vikas Insan Party in 5 seats and Ham Party is ahead in one seat. The Grand Alliance is leading in 88 seats – RJD in 57 seats, Congress in 17 seats and Left in 14 seats.

– Jiveesh Kumar of BJP is leading by 4942 votes. Mashkur Usmani of Congress has lagged behind.

RJD’s Lalit Yadav was leading by 5561 votes in the fifth round from Darbhanga Rural. Faraz Fatmi of JDU has lagged behind.

– Lovely Anand is behind from Saharsa assembly seat. From here, BJP’s Alok Ranjan has taken the lead. RJD’s senior leader Abdul Bari Siddiqui trailed from Kewati seat. In the 7th round, Murari Mohan Jha of BJP is leading with 5029 votes.

– According to the trends of News-18 Bihar-Jharkhand, there is a close competition between the NDA and the Grand Alliance in Bihar. The trends of 233 seats have emerged. According to him, the NDA has an edge over 116 and the RJD alliance on 110 seats.

According to the Election Commission, in the Bihar Assembly elections, RJD in 40 seats, BJP in 35 seats, JDU in 26 seats and Congress Party in 14 seats were leading.

– JDU has attacked LJP in a befitting manner.

A year ago, RJD couldn't win a single seat in Lok Sabha polls. As per Lok Sabha results, JDU & allies were to win over 200 seats. In last one year, nothing has harmed brand Nitish or added to brand RJD, we're losing only due to COVID19 impact: Janata Dal (United) leader KC Tyagi pic.twitter.com/j1dnvkoAFm

– Trends for all 243 seats have been revealed. In the initial trends, the BJP-JDU alliance in 119 seats and the Mahagathbandhan in 115 seats are seen to be gaining.