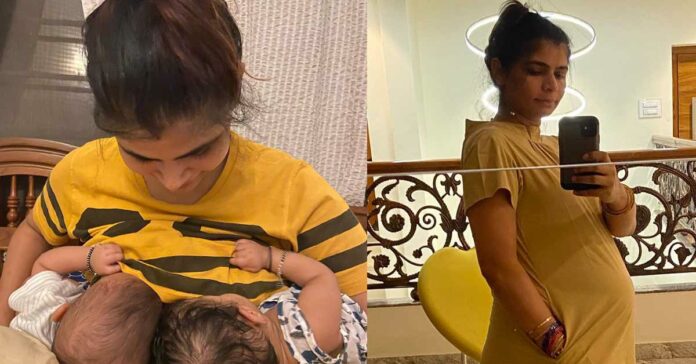 Twins, a boy, and a girl were born to Chinmayi Sripada and her actor-director spouse Rahul Ravindran in June of this year. They gave their children the names Driptah and Sharvas. The singer posted a mirror photo with her baby bump today on her Instagram account. She captioned the photo, “The only selfie I shot entire pregnancy. The only. Here at almost 32 weeks,” while posing in a one-piece with a high bun.

She hasn’t previously released a picture from her pregnancy. Chinmayi Sripada previously wrote on social media to share the happy news, saying, “Driptah and Sharvas. The new and forever center of our world. Instagram has still shadow-banned me. DMs will be responded from.” Her post also included a cute photograph of her newborn holding her finger.

Fans immediately began speculating that she had twins through surrogacy as soon as she broke the news of her infants because she had never previously posted images with a baby bump. While doing so, she responded to the trolls on Instagram by writing, “I’m absolutely loving these people who are DM-ing me asking if I had twins through a surrogate just because I didn’t post pictures of me being pregnant. Only those who were my innermost circle knew because I was protecting myself.”

She is always guarded about her personal life, her family, and her friend’s circle. Photos of the kids won’t be on our socials either for a long while as told by Chinmayi. Chinmayi Sripada further disclosed that she sang a bhajan when her twins entered the world. 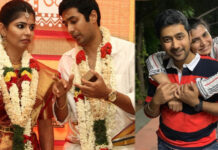