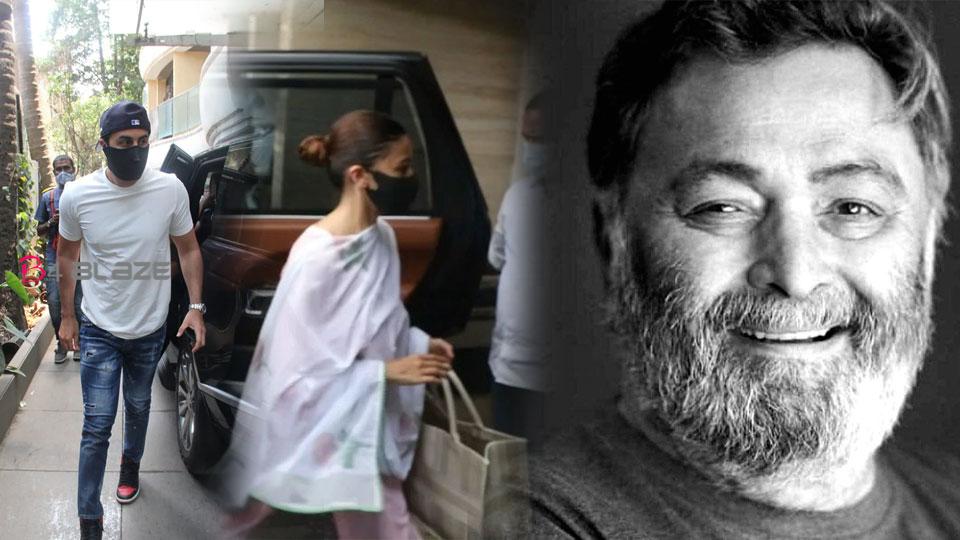 Bollywood actor Rishi Kapoor passed away on April 30, 2020, a year before today. On the completion of one year of his death, he was remembered once again and the fans also looked emotional. The Kapoor family also organized a puja on the demise of this much-loved star of the house. Ranbir Kapoor attended this puja ceremony with his girlfriend Alia Bhatt. But for some reason, he appeared angry and warned the paparazzi. When Ranbir Kapoor got down from the car, Paparaji surrounded him. Ranbir advised him to make a proper distance and follow Kovid’s rules. He said- ‘You are doing wrong. After saying this, Ranbir moved forward. At the same time, Alia also entered the house directly after getting out of the car. At the same time, Paparazzi used to agree with Ranbir’s talk and was seen calling him sorry.

While on the one hand Alia Bhatt was seen in a traditional look in view of the beauty of the ceremony, on the other hand, Ranbir Kapoor was seen in a casual look as usual. While Alia was in a pink shoot, Ranbir Kapoor wore a white T-shirt and blue jeans. The coronavirus started in the year 2020 and this trend is still going on. Chintu, the favorite of the film industry, ie Rishi Kapoor, died today after a long illness. The entire family was broken by his death. Neetu Kapoor also lost badly and Randhir Kapoor also became very depressed. Only after Rishi Kapoor, his youngest brother Rajiv Kapoor also died.