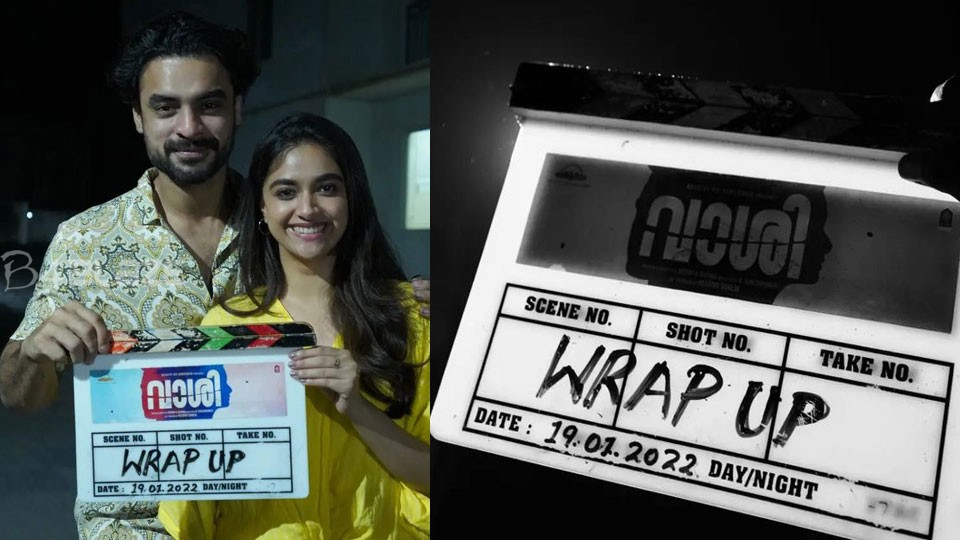 Tovino Thomas and Keerthy Suresh were shooting for a forthcoming Malayalam film named ‘Vaashi’. The film went on the floors on November 17 the duo joined the sets of the film on November 28 and they wrapped up the whole shoot on Thursday (Jan 20).
The movie is directed by Vishnu Raghav. Tovino Thomas took to his online media handle to report the wrap-up.
“And it’s a wrap at Vaashi! Super happy to have joined hands with buddy @vishnuraghav in his first venture as a director. I wish the world for you brother! And thanks to the amazing Co-star @keerthysureshofficial and the cast and crew for making Vaashi most memorable 😊 This film portrays something that’s super relevant and it will all reach out to you soon!” Tovino Thomas said in his note.

Keerthy Suresh too shared a note reporting the wrap. “It’s a wrap! #Vaashi will always hold a special place in my heart for many reasons, first, one being that it took me 8 years to act in my father’s production, @revathykalaamandhir @revathysureshofficial and the journey was worth it. I will cherish the memories from set forever, @tovinothomas, thank you for being an amazing co-star. So glad I got to be a part of @vishnuraghav ‘s first venture as a director, from being childhood friends, we sure have come a long way. Cannot wait for all of you to watch it! ☺️♥️,” she said.

In the meantime, as Keerthy Suresh and Tovino Thomas are holding hands interestingly, the expectations for the film has taken off high!