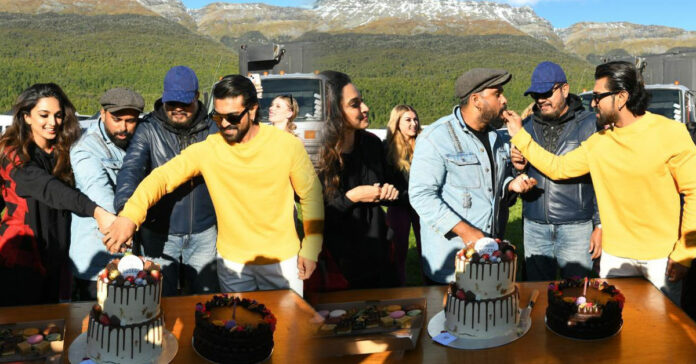 Ram Charan and Kiara Advani, as you may know, are in New Zealand to shoot for a special number for their eagerly awaited drama, RC15. Fans eagerly anticipate seeing any behind-the-scenes glimpses from the S Shankar-directed film. The group recently celebrated the birthday of the choreographer Bosco Martis. The leads, Ram Charan and Kiara Advani can be seen cutting the cake with the choreographer in the internet-posted pics.

A few days back, the leading lady of RC15, Kiara Advani dropped some stills of enjoying delicious burgers with co-star Ram Charan and captioned the post, “Burgers with these buggers…Song shoot diet in New Zealand.” Famous music composer, S Thaman has rendered the music for RC15.

The film, directed by S Shankar, was produced by Dil Raju and Sirish under the name Sri Venkateswara Creations. In addition to the others, SJ Suryah will play a crucial part in the movie along with Anjali, Jayaram, Sunil, Srikanth, and Naveen Chandra in other important roles. Director Karthik Subbaraju wrote the RC15 script, and Tirru is in charge of the cinematography division. The editing of the movie is being handled by Shameer Muhammad. 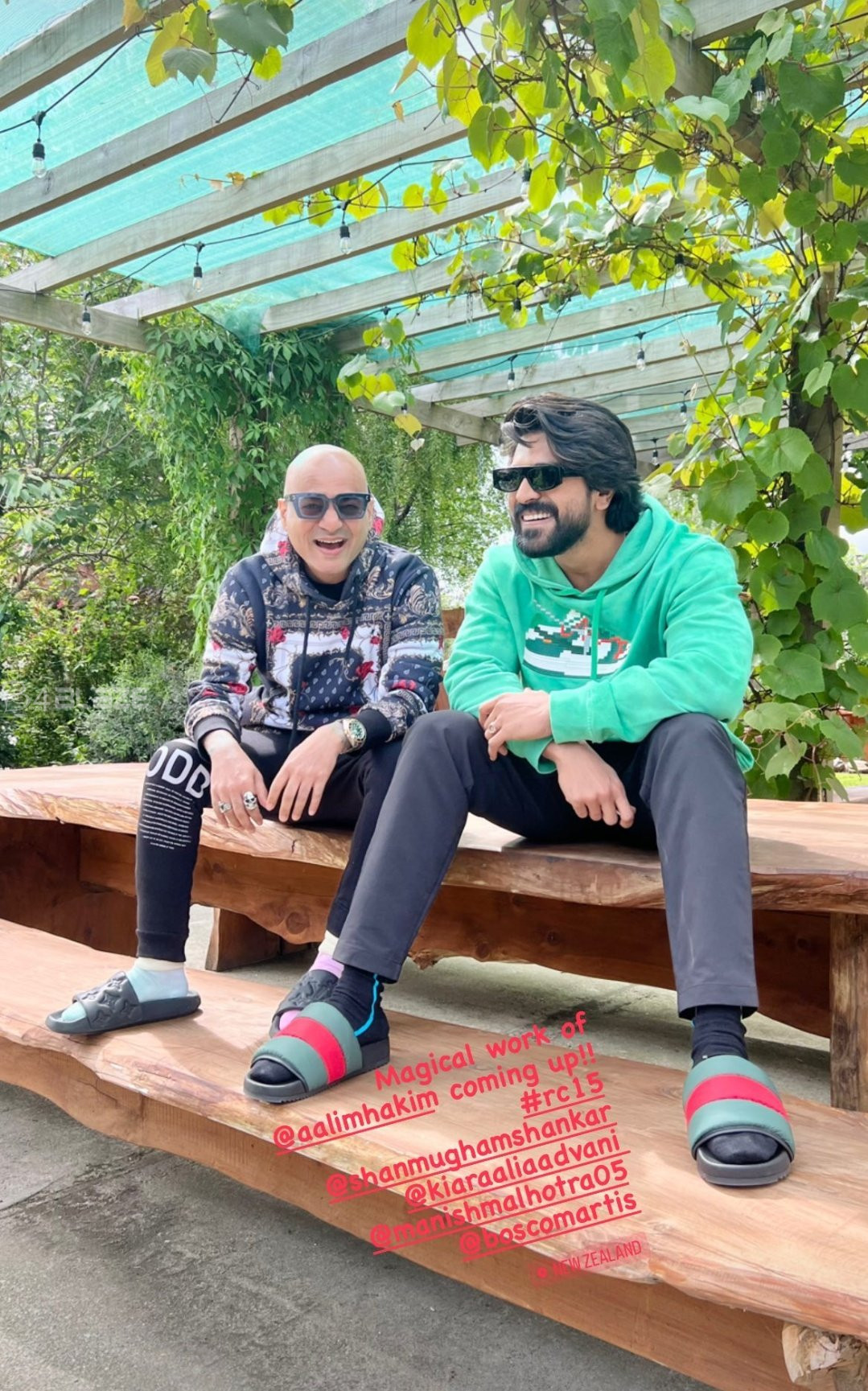 In the movie, the RRR actor will play an IAS officer. He has chosen a new look for his next. He recently shared a photo of his new stylish look on social media, revealing his most recent avatar to movie fans. The actress from Acharya shared a photo on social media with famous hairstylist Aalim Hakim. He appeared to be wearing a green sweatshirt, black jeans, black sunglasses, and a thin beard. The star’s gleaming smile added to his allure. 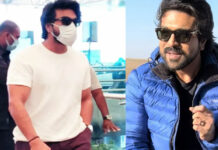 RRR actor Ram Charan was papped at the Hyderabad airport 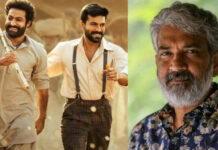 SS Rajamouli’s RRR will have tough competition at the Oscars 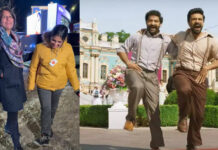 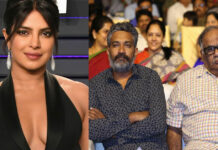 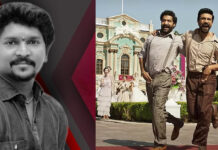 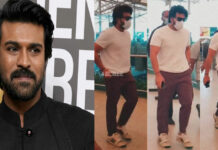 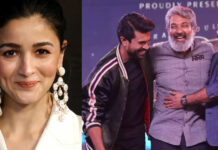 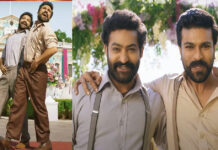 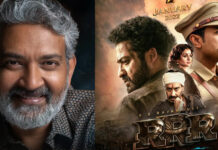 SS Rajamouli has one more award in his kitty 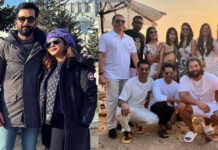 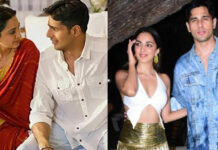 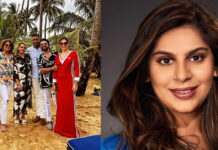