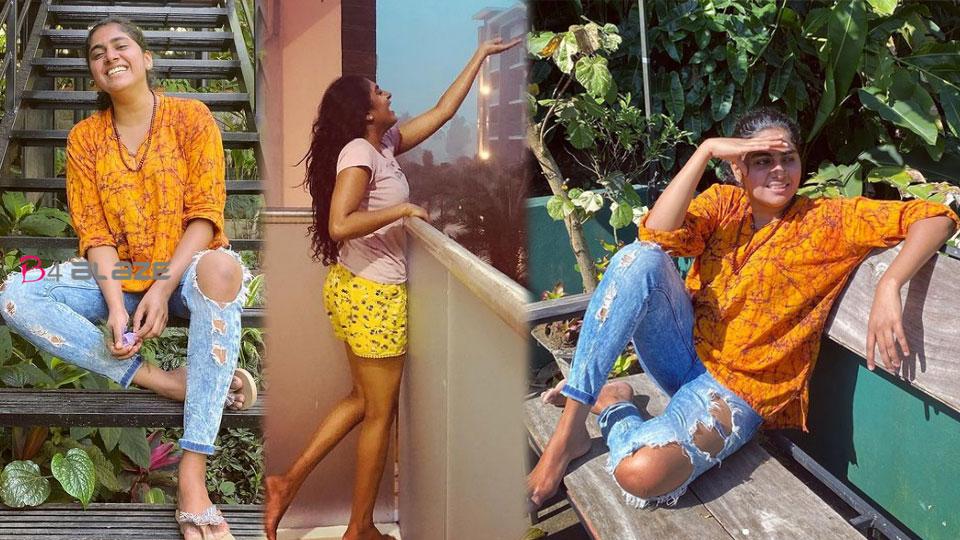 Nimisha Sajayan, who has become a favourite actress of Malayalees with her film Thondimuthalum Driksakshiyum, has been criticized for her new films. Nimisha shared a picture of herself wearing jeans with an orange top.

Moralists have come out against the notion of clothing with the legs torn from the knees upwards. Someone should buy a nice dress for this child, not even a pair of panties have seen such a thing in such a long time. She was a good actress now.

The day before, a video of actress and close friend Anu Sithara practising dance at midnight was posted on social media.

The duo steps in with a Hindi song. You can see the stars dancing beautifully in the video. Also included are some parts of the dance practice at the end of the video. Interesting scenes are at the end of the video. Meanwhile, Nimisha Sajayan is making strides in Malayalam with Kainiraye films. Kunchacko Boban’s Nayat, directed by Martin Prakat and Fahad Fazil’s Malik, directed by Mahesh Narayan are some of the upcoming films. The actress also acted in Mammootty’s One.