Actress Parvathy‘s resignation was accepted at the executive meeting of Amma held last day. But only actor Baburaj has demanded a review of Parvathy’s resignation. Baburaj says that Parvathy’s departure from Amma is a great loss and that she was an actress who deserved to be the Vice President of ‘Amma’. He opened his mind in an interview with Reporter TV. Baburaj’s words,

Parvathy is a qualified actress to be the Vice President of ‘Amma’. What they left behind was a great loss. I wanted to set up a platform to hear their part. There is no one without problems and difficulties. We have solved problems that can be solved. Then when the problem of break Babu came up I called him and asked. He did not say bad things about the actress but meant the character in the movie and people twisted it.

Actress Parvathy resigned from her mother following Babu’s mention of Idavela. The disgusting and embarrassing words uttered by Idavela Babu can never be corrected by comparing a female member of the ‘Amma’ organization to a dead man. Parvathy informed me that I am resigning from AMMA. Following this, Parvathy’s resignation was accepted at the Amma meeting held the last day 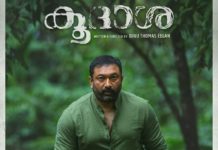