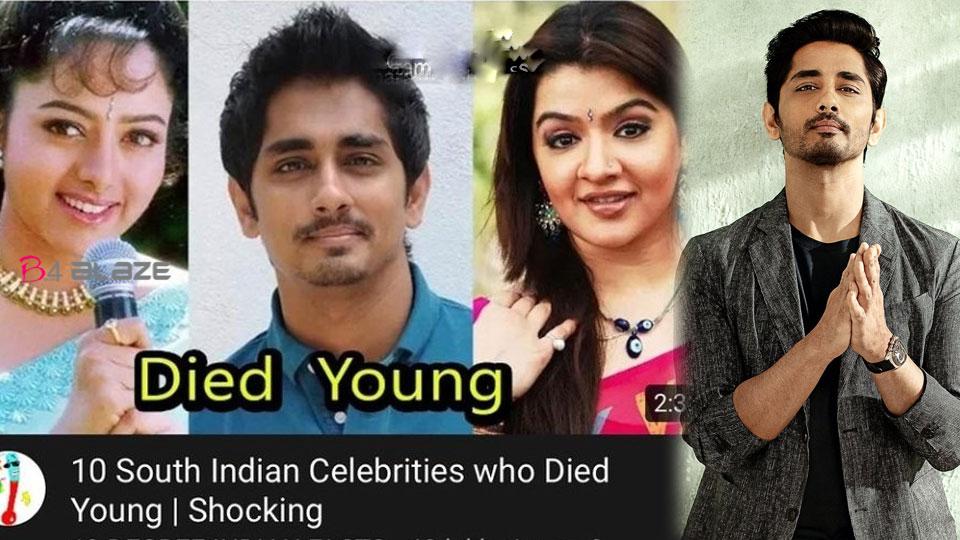 Siddharth is an actor who reacts strongly on various issues, including central government policies. The actor has been subjected to several cyber attacks in this regard. Now, Siddharth is explaining what happened when the fake propaganda video reported that he was dead. The video, titled ’10 South Indian Actors Who Died At A Young Age ‘, used the image of the star. The actor says that when he reported the video to YouTube, he was surprised to see the response.

I reported to youtube about this video claiming I’m dead. Many years ago.

They replied “Sorry there seems to be no problem with this video”.

‘It was reported years ago against this YouTube video that said I was dead. “Sorry, I think there’s no problem with this video,” was the response from YouTube.Soundarya and Aarti Agarwal are pictured with the actor in the video which is circulating that Siddharth is dead. Both died years ago.