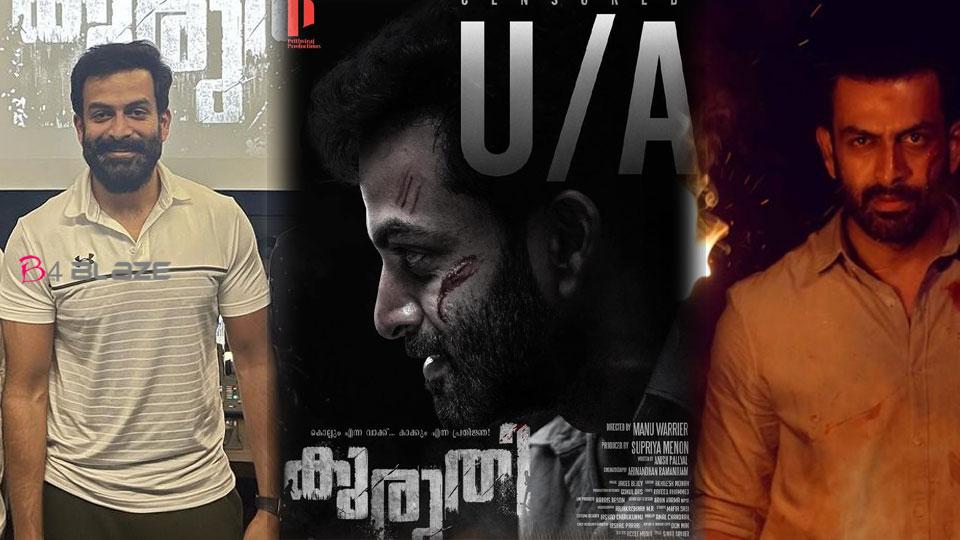 Actor and director Prithviraj have released several films. One of them is the movie ‘Kuruthi’. The film completed shooting and post-production work very quickly in the event of a concession during the Kovid period. The sacrifice is announced completed. Done. So proud of it! Prithviraj shares the film with music director Jake Bijoy and voice actor Rajakrishnan. Prithviraj had announced the final mix of the film yesterday. Prithviraj’s look in the film has also gone viral. Fans are also asking if the new look with the mustache and mustache is from the movie ‘Kaduva’. Directed by newcomer Manu Warrier, Kuruthi stars Prithviraj and many others. Directed by Supriya Menon under the banner of Prithviraj Productions, the film stars Murali Gopi, Roshan Mathew, Shine Tom Chacko, Mamukoya, Srinivasan, Manikandan Acharya, Navas Vallikunnu, Nestle, and Sagar Surya.