Irupathiyonnaam Noottaandu  is a  Malayalam-language action adventure romance film written and directed by Arun Gopy and produced by Tomichan Mulakuppadam under the banner of Mulakuppadam Films. The film stars Pranav Mohanlal and Zaya David in the lead roles. Gokul Suresh would appear in a cameo role in the film. Gopi Sundar composed the music and Abinandhan Ramanujam was the cinematographer. Peter Hein choreographed the action for the film and Vivek Harshan was the film editor.

The film’s principal photography took place between July and December 2018 in Goa, Bali, Kerala, and Hyderabad. Irupathiyonnaam Noottaandu is scheduled to be released in India and Gulf Cooperation Council territories by Mulakuppadam Release.

If you thought religion coming in the way of young lovers was a very 80s idea, think again. Director Arun Gopy conveys the idea that in the 21st century, negativity and hatred can be stirred up when it comes to members of two different communities trying to start a life together. Along with this, ideas of how women are looked at in our society and other social issues are dealt with boldness and humour.

Baba (Manoj K Jayan) is something of an old don, with little bite in today’s Goa, where he runs a homestay on the beach with his family and a couple of hangers-on. His son Appu (Pranav Mohanlal) wants to steer clear of his father’s underworld connections and just run his water sports business on the beach. Pranav’s natural reticence is suited to the role of a youngster who shies away from the bombast of his father; a role that Manoj K Jayan plays well. Into their lives come a bold Malayali girl on New Year’s night and thereon, things change in their lives.

While it would seem to be an out-and-out Pranav movie, the first part actually focuses on newcomer leading lady. And Racheal aka Zaya plays her role well, not shying away from doing the bold bits with aplomb. The second half, however, belongs to Pranav with all the action sequences and he does a competent job. Kalabhavan Shajohn as Abusi and Dharmajan Bolgatty as Godwin play their parts in their usual able style. Gokul Suresh also makes an interesting appearance in the second half of the film.

While the movie takes a refreshing look at social issues – child abuse, how women are expected to behave, religious issues and even how social media impacts our life – the first half moves at a very slow place. The edge-of-the -seat suspense from Arun Gopy’s first venture, Ramleela, is missing. You feel both halves could have been done with some stronger editing. Even the humor is not very impactful.

The film can be a one-time watch to catch the young actors and for the refreshing characterization of the female lead. 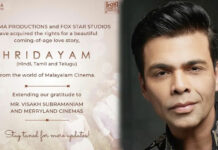 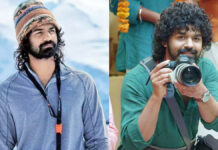