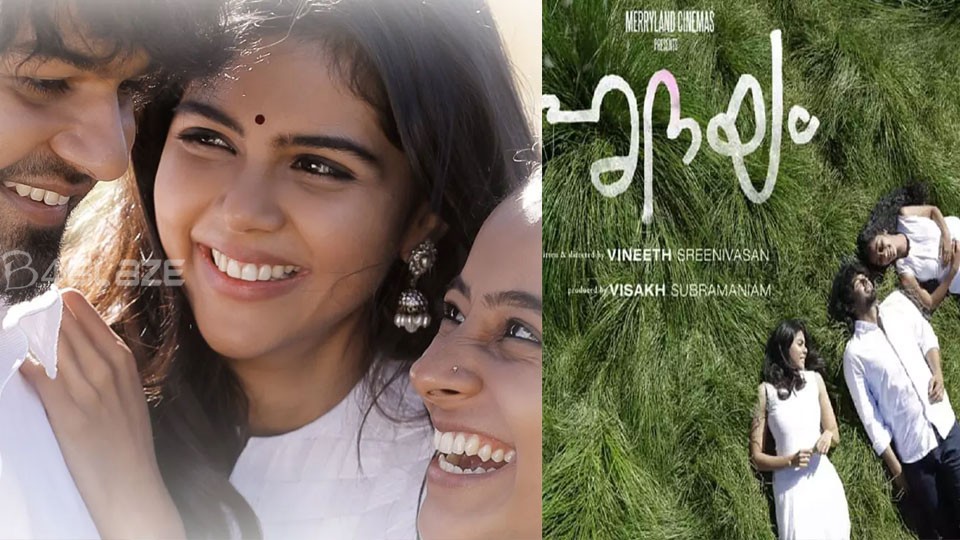 The eagerly awaited trailer of the Malayalam film Hridayam is finally released. The trailer is really fascinating. Featuring Pranav Mohanlal, Kalyani Priyadarshan, and Darshana Rajendran in the lead roles the trailer exhibits an emotional journey of love and breakup.

The trailer shows Pranav as a youngster named Arun Neelakanthan, and it tracks his journey right from when he was 17 to 30 years of age. He goes through different highs and lows in his day-to-day life, his friendships, love, emotional ups and downs, career-related uncertainties, and everything until he becomes a family man. Kalyani Priyadarshan and Darshana Rajendran will leave you flabbergasted by their strong performance. The trailer focuses on songs and music.

Look at the trailer beneath:

The trailer guarantees the crowd to return them to their past school days. It makes certain to take you on a nostalgic journey. Written and directed by Vineeth Sreenivasan, Hridayam will release in theaters on January 21. The romantic film is released by Visakh Subramaniam under the Merryland Cinemas banner.

Producer Visakh Subramaniam, who is also the head honcho of Merryland Cinemas and bankrolling the film under the banner, confirmed that there is no change in the release date and that Hridayam will indeed be out this Friday. It is intended as a gesture to support theatre owners and staff rather than a profit-making endeavor.

Hridayam likewise includes Aju Varghese, Arun Kurian, and Vijayaraghavan in supporting roles. Vishwajit Odukkathil has turned the camera while Ranjan Abraham is the editor. Hridayam marks the collaboration of the children of the iconic Mohanlal-Sreenivasan-Priyadarshan combo. Vineeth returns to the director’s chair with the film that sees Pranav Mohanlal, Kalyani Priyadarshan, and Darshana Rajendran essaying the main characters.