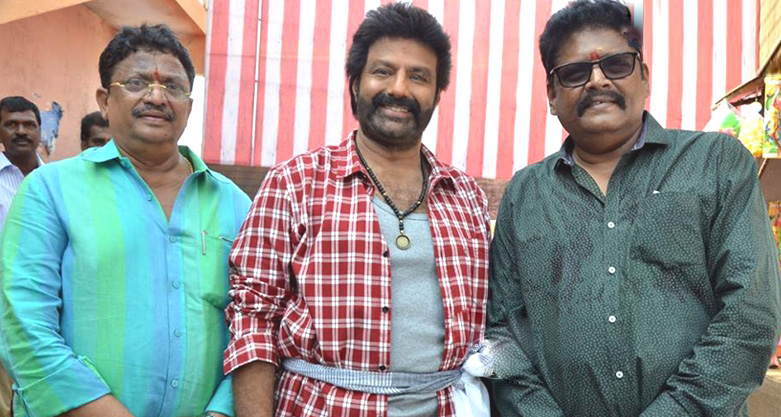 Balakrishna has just finished shooting for Puri Jagannadh’s Paisa Vasool. And without giving a day’s gap, he has started shooting for KS Ravi Kumar’s film. The film has already gone on to the sets in Ramoji Film City.Puri Jagannadh directed this mass entertainer which has been made on a budget of Rs 40 crores. Shriya Saran is the female lead in the movie which has been aimed for September 1st release. V Anand Prasad produced Paisa Vasool on Bhavya Creations banner. Balakrishna’s look and the stumper received exceptional response from the audience.

“The film’s official launch happened earlier today and it was followed by regular shooting,” a source from the film’s revealed.

The film marks the third time collaboration of Balakrishna and Nayanthara, who had previously worked in Simhaa and Sri Rama Rajyam.

Balakrishna pinned all his hopes on Paisa Vasool which has been aimed for September 1st release.