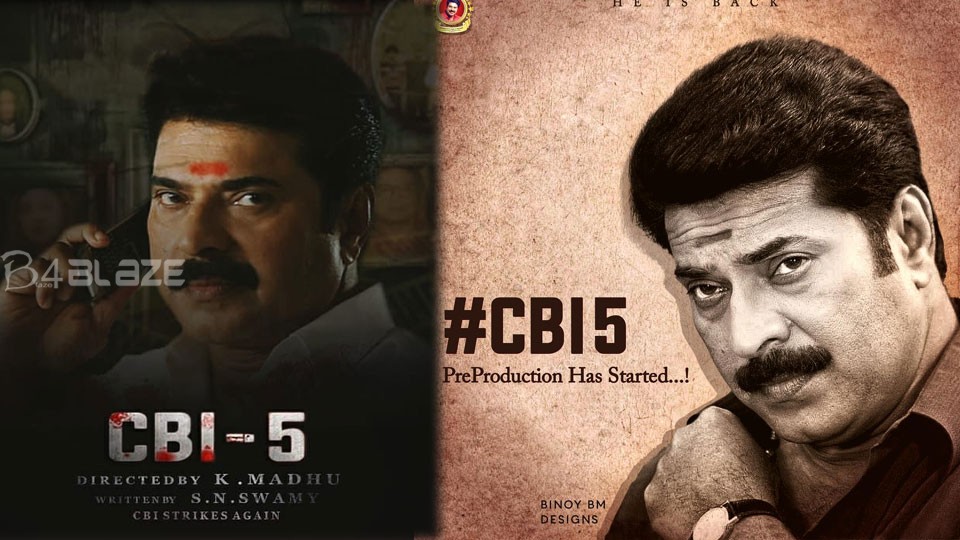 Share
Tweet
Share
Share
Email
Comments
The CBI film series has been a colossal hit and it is presently going to have the fifth portion. Indeed, Mammootty is good to go to return as Sethurama Iyer, the one who is prominently known to explore murder cases. The fifth film in the series that is briefly named CBI5 is helmed by K Madhu and the content is written by SN Swamy. Indeed, this forthcoming insightful thriller will get back the famous triplet together by and by and fans are completely excited about it. The shooting of the film has started today (November 29) and pictures from the puja function are all around the web. Mammootty will supposedly join the arrangements of CBI5 on December 16, in the wake of wrapping up the shoot of Nanpakal Nerathu Mayakkam that is helmed by Lijo Jose Pellissery.

Director K Madhu and his team are reportedly planning to finish the shooting of portions that don’t feature Mammootty before he joins the sets. The megastar’s first look from CBI 5 as the iconic Sethurama Iyer is expected to be revealed immediately after he starts shooting for the project.

Earlier, writer SN Swamy had confirmed that Mukesh and Saikumar, will return as CBI officer Chacko and police officer Sathya Das, in the fifth installment. Along with the original star cast, CBI 5 will feature an additional star cast including Renji Panicker, Dileesh Pothan, Asha Sarath, Soubin Shahir, in pivotal roles.

Here's A Special Video to Welcome Back the Iconic #CBISeries !!

The CBI series started in 1988 with the blockbuster movie ‘Oru CBI Diary Kurippu’. The following year, the trio of Mammootty, SN Swamy, and K Madhu came up with the second part ‘Jagratha’. It took another fifteen years for the third part ‘Sethurama Iyer CBI’ to materialize. ‘Nerariyan CBI’ was the last to release, fourteen years back in 2005