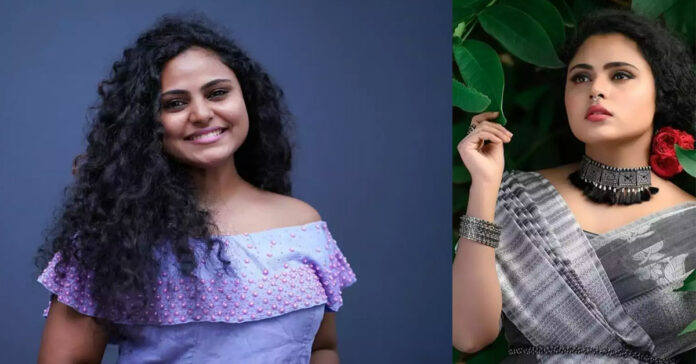 Vincy Aloysius is an actress who has found her own place in Malayalam cinema in a short period of time. Vincy, who is notable for her reality show Nayak Nayagan which aired on Mazhavil Manorama, will be making her debut in 2019 with the film Vikriti directed by MC Joseph.

Kanakam has played notable roles in films like Kamini Kalaham, Bheemante Naya, and Janaganamana. Now, in the interview given to Reporter TV, some things that the actress said are noteworthy. Vinci says that Malayalam cinema is on the path of change. In the interview, Vinci said that the release of films with important female characters is part of the change and the time is coming when men and women should go together.

“If the audience accepts her as the female lead in ‘Jaya Jaya Jaya Hey’ and ‘Chaturam’, it is a change in Malayalam cinema.” Vince Aloysius added. The actor says that he feels that what is shown in the film is not what the audience takes. If we take a look at the movie ‘Jaya Jaya Jaya Hey’, while a woman is in the lead role, there are also supporting male characters. If the movie is called Teri, it is because the character is like that. Not because women are empowered there. Overall it is changing. However, Vinci Aloysius noted that patriarchy still exists.