Now the latest picture of Meena and her daughter is getting attention on social media. Actress Sneha’s daughter’s birthday photos of Meena and her daughter. Meena herself has shared these pictures with her fans on social media. Many people have commented on the film. The film gets comments on whether Nainika has grown up so fast and whether the mother and daughter are beautiful and whether there is any competition between the mother and daughter in terms of beauty.

Nainika’s performance in the Vijay movie Theri was excellent. Fans were not surprised to learn that the actress who surprised the audience by coming as a little beauty was Meena’s daughter. Because the fans said that the daughter will not get the talent and beauty of the mother. In July 2009, Meena married Vidyasagar, a software engineer. Daughter Nainika was born in January 2011.

Meena is the own heroine of movie lovers. Few film fans do not like Sundari, who has been captivating the minds of the audience for years. Meena has been a part of many films in Malayalam, Tamil, Telugu and Kannada. All the films made were super hits as the actor paid special attention to choosing the best roles. After a long hiatus of a few days, Meena is back in action. The second part of Scene 2 is Meena’s latest release. Like Meena, her daughter Nainika is a shining star in the film. 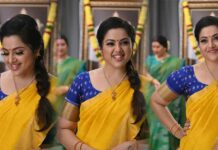 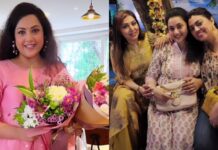 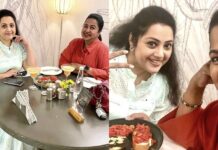