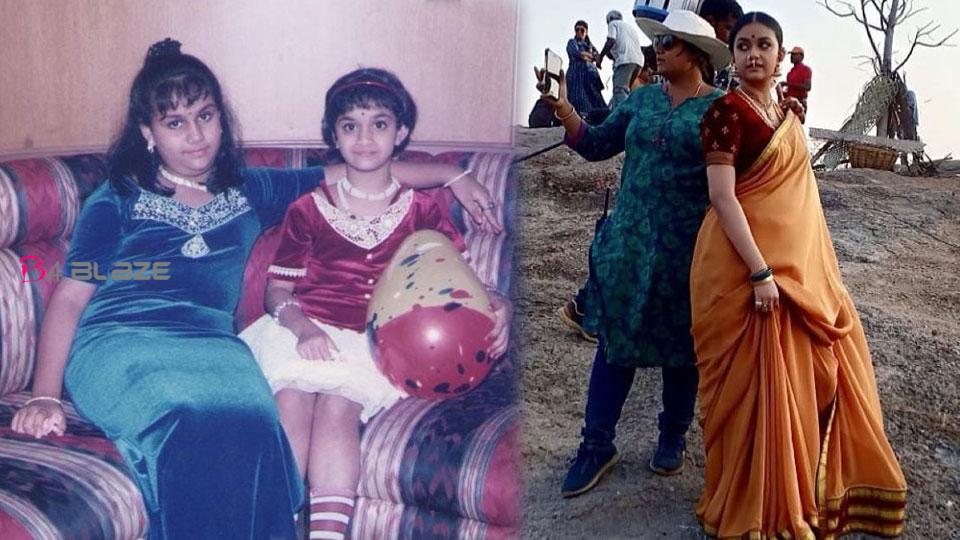 Revathi and Keerthi are the children of producer Suresh and actress Menaka. Following in the footsteps of their parents, the two made their mark in the film industry in a short span of time. While the younger Keerthi won a national award for her performance, the older Revathi proved her talent behind the camera. A picture of the two together is now gaining attention. It is a film from the location of the movie ‘Marakkar – The Lion of the Arabian Sea’ directed by Priyadarshan.

‘How long have I been waiting to share this picture? This is a ‘candid’ picture of us working together at a woodcarver location. The first picture we had together. Lots more movies to do together. Nice to work with you. I’m glad you’re acting. I am proud of you, ‘Revathi wrote on Instagram.’What a beautiful picture. I’m so glad to be able to work with you, Rev. How easy things would be if Chechi was with me during the filming. Let’s do more films together, ‘Keerthi wrote in response to Revathi’s post.’My two beauties, you are my pride. Together, be well, ‘Mother Menaka came in with a comment during the children’s conversation.