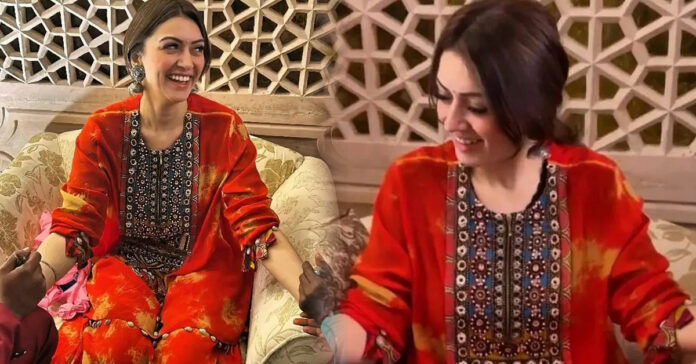 On Sunday, December 4, Hansika Motwani and Sohael Khaturiya, her longstanding partner in business, will get married. The Mundotta Fort and Palace in Rajasthan will serve as the site of the couple’s traditional Sindhi wedding. According to the most recent information, the Mehendi ceremony, which took place on December 1, Thursday, marked the official beginning of Hansika Motwani and Sohael Khaturiya’s wedding celebrations. The Mehendi ceremony’s photos are currently going viral online.

Hansika Motwani, a bride-to-be, appears ethereal in the images and videos that have been going popular on social media. For the intimate ceremony, which was attended by her family and a select group of close friends, the MY3 actress chose an orange and yellow tie-dye sharara set. With a statement silver jhumka, rosy makeup, and a low ponytail, Hansika completed her Mehendi look.

Last week, the couple held a Mata Ki Chowki ceremony in Mumbai to kick off their wedding celebrations. Hansika Motwani afterward went on a fantastic bachelorette getaway with her girlfriends, which also included the actress Shriya Reddy. On her Instagram account, the actress later posted a special video of her bachelorette party and trip, in which she can be seen saying that she had a blast with her girlfriends. According to the most recent developments, family members, the couple’s close acquaintances, and some of the actress’s close associates from the Tamil and Telugu film industries will attend Hansika Motwani and Shoael Khaturiya’s wedding, which will be a lavish yet personal event. Prior to the wedding, the couple wants to hold a special Sangeet night on Friday and a Haldi ceremony on Saturday. After returning from Rajasthan, the couple may host a lavish gathering for their friends in the film industry. 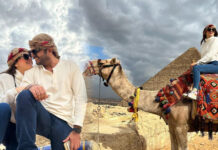 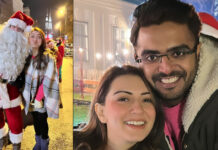 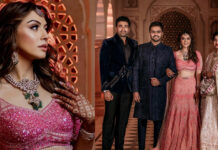 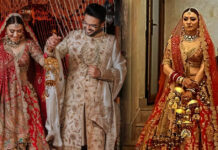 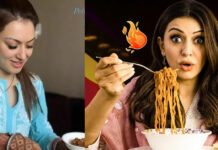 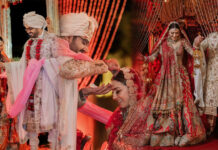 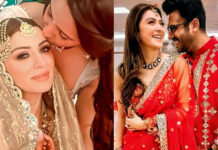 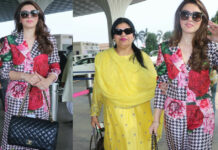 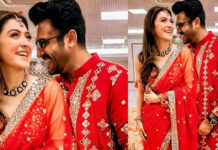 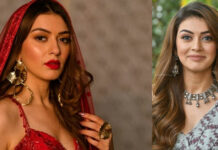 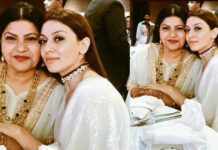