There has been much discussion about gender discrimination in the film world. But it was all about reward and sexual exploitation. This is the first time that an actress who has openly admitted that she has feelings for food even in the film. Bollywood Movie actress Neha Dhupia is told of her South Indian movie experience. In her interview with media, Neha also revealed that there is discrimination between men and women when it comes to food. The actress says that she is in the South cinema with the attitude of feeding the hero.

This is an incident many years ago. I was hungry on the shooting set and the response was, ‘Hero is acting, let him take the plate first.’ This is an old story, and now I was laughing when I was treated like that. My reaction was to pretend I was here, ”Neha said.

Neha Dhupia is an Indian actress and beauty pageant winner who works in Hindi, Punjabi, Telugu and Malayalam language films. She won the 2002 Femina Miss India pageant. Her Bollywood debut in Qayamat and City Under Threat. Dhupia was born in Cochin (present-day Kochi), India to a Sikh family. Her father, Commander Pradip Singh Dhupia, served in the Indian Navy and mother, Manpinder, (Babli Dhupia) is a homemaker. She went to Naval Public School, Cochin then transferred to Navy Children School, Chanakyapuri, New Delhi. She graduated from Jesus and Mary College in New Delhi, affiliated to the University of Delhi, with honors in History. 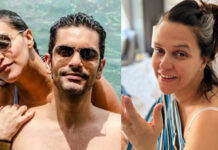 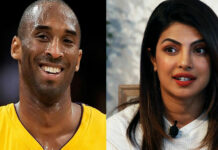