Director and Actor Lal Jose’s daughter Irene got engaged in at a private function which was followed by a grand reception.

All things considered, Mammootty’s entry at the ceremony was the highlight who emerged from the crowd along with Ramesh Pisharody. He made sure to go on stage and pose with the family.

Lal Jose’s ‘Meow’ has got it release dates now

Lal Jose open about his bad experience with actress Sunitha!

All the lessons learned so far helped me in later life: Samvrutha Sunil

Ann Augustine shares a touching note in memory of her father !! Reas it Now !! 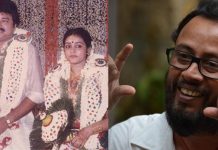 The film was a failure, but it was profitable for Jayaram and Parvathy

She was told to me call them madam, but I didn’t obey, and then I didn’t speak to the heroine!