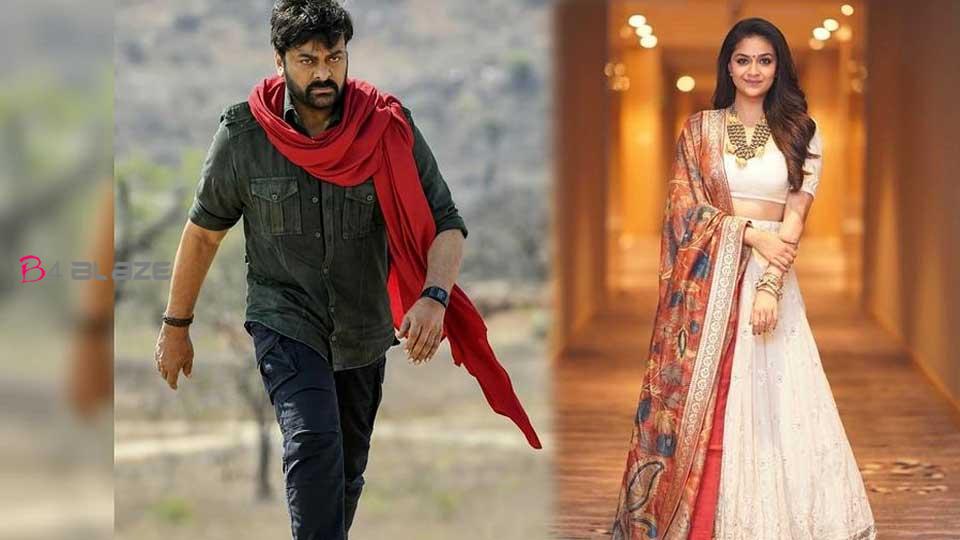 On the occasion of megastar Chiranjeevi’s birthday and Raksha Bandhan, The title poster of the movie Bholaa Shankar is getting a huge response and it is trending top nationwide. The movie is to be directed by Meher Ramesh, actress Keerthy Suresh plays Chiranjeevi’s sister in the film which is set in the backdrop of Kolkata. The actress has tied the rakhi to Chiranjeevi Sir on the day of Rakshabandhan and also wished him a happy birthday on social media. 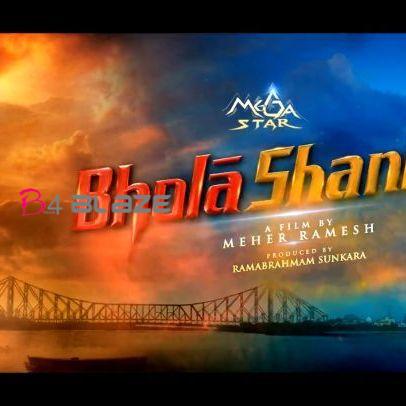 The main highlights of the film will be brother and sister bonding. Chiranjeevi and Keerthy Suresh are set to play the role of brother-sister. Megastar and the dashing Superstar Chiranjeevi’s turns 66 years. His birthday was made special by releasing the title teaser of his next film, Bhola Shankar.  It was unveiled by none other than Tollywood actor Mahesh Babu. 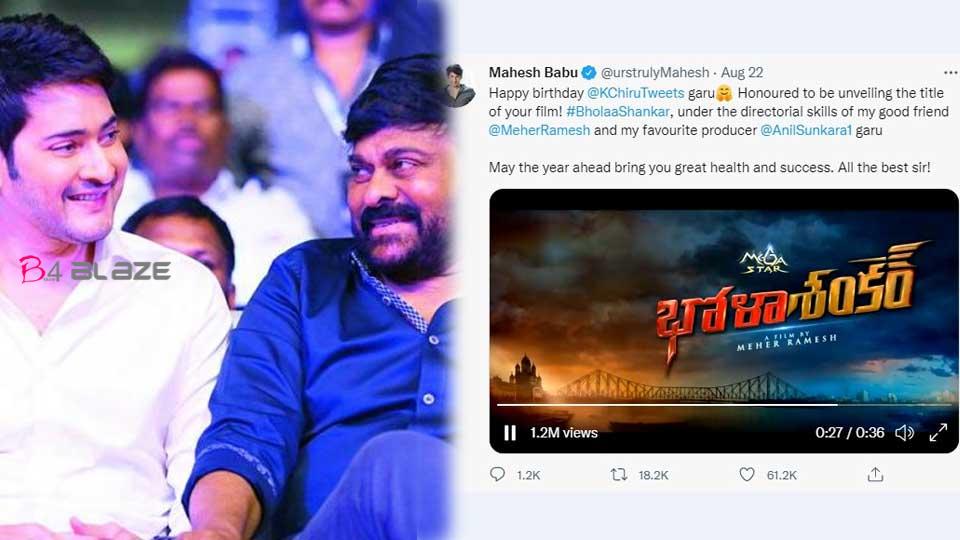 The teaser of Bhola Shankar is as great as Chiranjeevi. Wishing the megastar on his birthday and congratulating him for his new film at the same time, Mahesh Babu tweeted out, “Happy birthday @KChiruTweets garu. Honored to be unveiling the title of your film! #BholaaShankar, under the directorial skills of my good friend @MeherRamesh and my favorite producer @AnilSunkara1 garu. May the year ahead bring you great health and success. It will be the first collaboration between Chiranjeevi and director-screenwriter Meher Ramesh. Meher Ramesh has also done few projects with Prabhas, Jr NTR, and Venkatesh.

Keerthy Suresh took to Instagram to reveal that she will play Chiranjeevi’s sister in Bhola Shankar and shared a video of the onscreen brother-sister duo, Keerthy shared her excitement working with Megastar Chiranjeevi. Their chemistry in the video tells the kind of bonding they are going to share on-screen. Wishing her fans on Raksha Bandhan, Keerthy wrote, “They say the bond between siblings is the purest and the strongest. This Rakhi we celebrate the special bond along with some very exciting news.” She also spoke about how happy she is to start shooting for Bhola Shankar with Chiranjeevi. She wrote, “I also take this opportunity to wish you a very Happy Birthday @chiranjeevikonidela sir! I wish for your happiness and good health for years to come. Working alongside you is a dream for many like myself, and I can’t wait to kick-start this marvelous journey! Happy Birthday, Annayya!