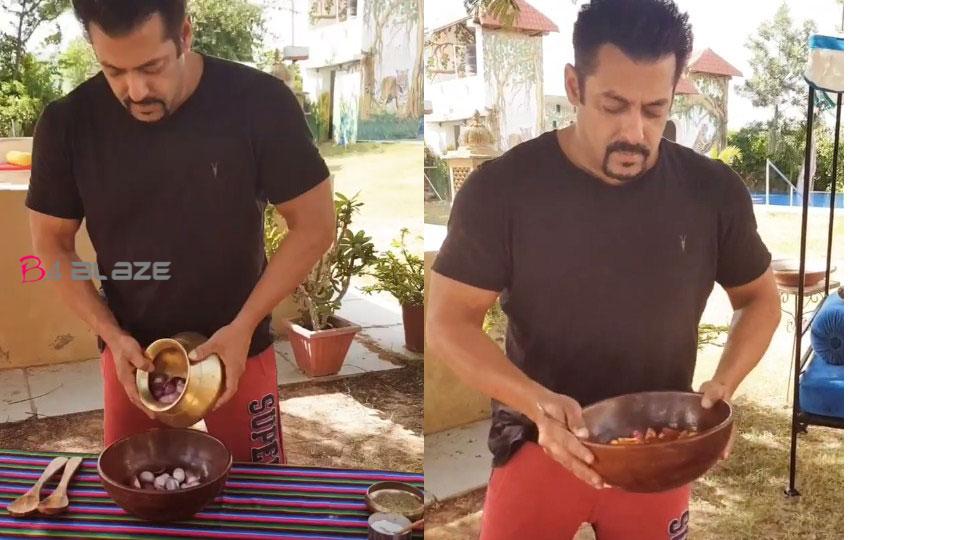 Salman Khan should do some work and his fans should not impress him, it cannot happen. Salman Khan, often seen doing gym, is now seen trying his hand at cooking. Not only this, he has prepared and prepared onion pickles. After acting, dancing and hosting, Salman Khan has shown his new skills. He is seen preparing a pickle of love, like a seasoned chef. If you also like to eat onion pickle, then you can try Salman Khan’s recipe. At present, this video is going viral on social media and Salman Khan’s fans are praising him.

Talking about onion pickle recipe, for this Salman Khan first cut 250 grams of onion. Then add fennel seeds equal to a tea spoon, add the same fennel seeds, onion seeds and then add salt as per taste. Now put two spoons of mustard oil. Mixed all well and onion pickle is ready. Salman Khan believes that it is also very beneficial for health and is excellent in health as well. Actress Bina Kak shared the video of Salman Khan becoming a chef with her fans.

In this video, Salman Khan wearing black tshirt and red pants is busy busy making pickles. Apart from this, his French cut beard is seen in his look. Professionally speaking, his movie ‘Radhey: Your Most Wanted Bhai’ has become and is ready for release. Not only this, ‘Kick 2’ and ‘Kabhi Eid Kabhi Diwali’ movies are also in the pipeline. Apart from this, he is also busy shooting the last movie with his brother-in-law Aayush Sharma. Recently, he released the teaser of this movie. In this movie, Salman Khan is going to be seen in the role of a Sikh youth.