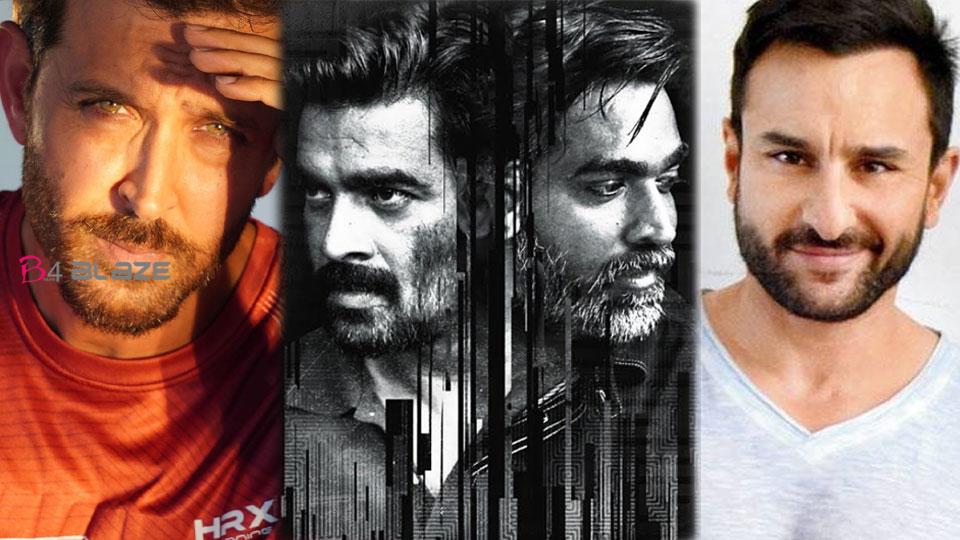 The Hindi remake of ‘Vikram Veda’, one of the all-time super hits in Tamil is coming. The film stars Hrithik Roshan and Saif Ali Khan in the lead roles. Hrithik Roshan will play the role of Veda, a gangster played by Vijay Sethupathi in Tamil. Saif Ali Khan will also play the role of Vikram, a police officer played by Madhavan. Pushkar and Gayatri, who directed Vikram Veda in Tamil, are also working on the film in Bollywood. Pink Villa Online reports that the film will start shooting later this year. Pre-production on the film is underway.

Vikram Veda was released in 2017. The highlight of the movie was the combination of scenes between Madhavan and Vijay Sethupathi. Hrithik and Saif are expected to make a combination in Hindi. The film, which grossed Rs 110 crore, grossed Rs 600 crore at the box office. Apart from Madhavan and Vijay Sethupathi, the film also starred Shraddha Srinath, Kathir and Varalakshmi Sarath Kumar. Vikram Veda was produced by S Sasikant under the banner of Why Not Studios. It is yet to be revealed who will make the film in Hindi. Saif has acted in several films including Bhoot Police and Adipurush. Hrithik Roshan is all set to star in a number of films including Krish 4 and Fighters.