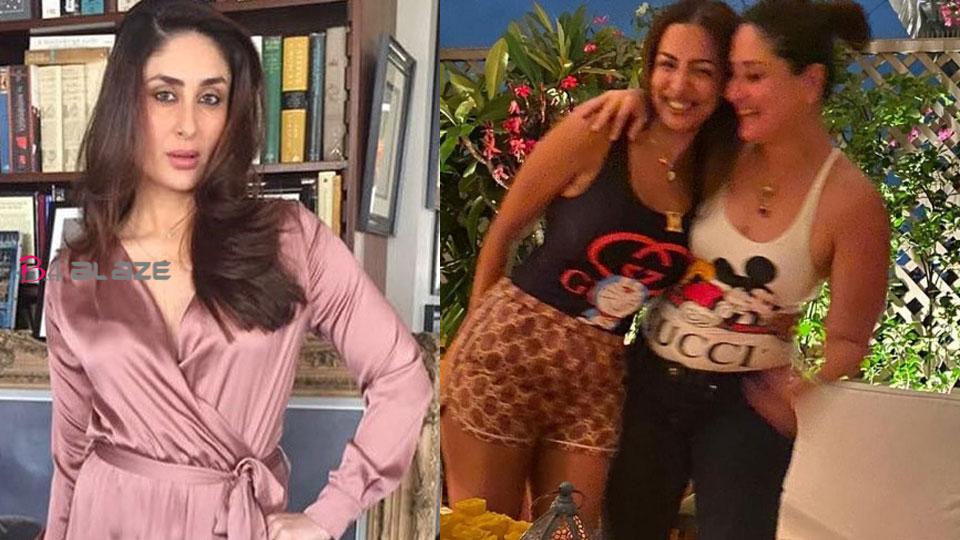 Everyone knows how good friends Kareena Kapoor, Malaika Arora and Amrita Arora are. They often visit each other. However, due to Covid-19, everyone stayed in their respective homes. Now that the situation is getting back to normal, Kareena organized a house party at her house.

Malaika Arora, Arjun Kapoor and Amrita Arora arrived at Kareena’s house party. He has also posted a picture on his Instagram. In the picture, Kareena is wearing black pants with a white tank top. At the same time, Malaika carried shorts with a black tank top.

Along with the picture, he wrote in the caption – Gucci bffs forever. Commenting on the picture, Amrita Arora told that she had drawn it.while Amrita also posted a picture with Kareena. She wrote that ‘when I met my BFF after two months.’ Arjun Kapoor was caught on camera by the paparazzi while leaving Kareena’s house. He was wearing a black hoodie and black jeans.

after giving birth to second son Kareena Kapoor again heavily work on their fitness. She often shares things related to fitness with people. Interestingly, Kareena returned to work only a month after the birth of her son.