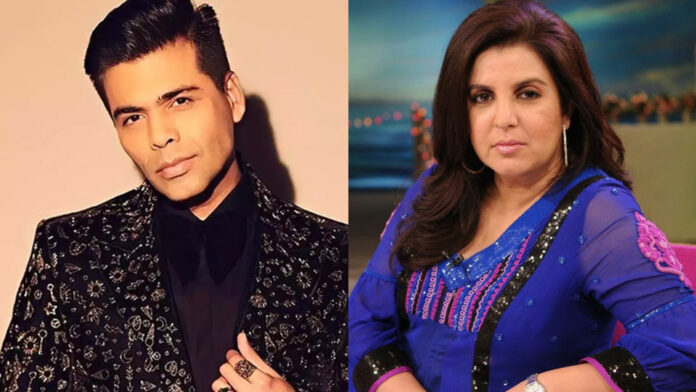 Farah Khan and Karan Johar get along well and are best friends. We cannot dispute the fact that their photos show their bond to be quite apparent. They have been friends for many years, and they have collaborated on several projects. Additionally, Farah and Karan engage in entertaining social media sparring that frequently has fans in stitches. Speaking of which, Karan Johar recently released a humorous video of himself and his close buddy Farah Khan roasting one other on Instagram.

Sharing the video, the Kuch Kuch Hota Hai director captioned it: “The rapid-fire you never knew you needed !!! #karah. Video credit- @varundvn.” The video begins with Karan mocking Farah’s fashion and telling her, “Oh my god you look like a stop sign, and what is that a medal? Got to be for your fashion” Farah quickly replies, “No, it’s for being friends with you for 25 years!” Further, she says, “Oh my god your shirt. So many faces. You multifaced. One for successful people, one for not so-successful. Is that right?” Karan replies, “I am not partial Farah, please, otherwise I won’t be talking to you.”

Varun, who is capturing the video of the couple, can be heard giggling. The comment area was deluged with laughing emojis from fans. Karan’s business associates responded to the same situation quickly as well. To commemorate JugJugg Jeeyo’s success, Karan Johar threw a party on Saturday night that was attended by Kiara Advani, Varun Dhawan, Anil Kapoor, Neetu Kapoor, Maniesh Paul, Prajakta Koli, director Raj Mehta, and Apoorva Mehta, CEO of Dharma Productions. 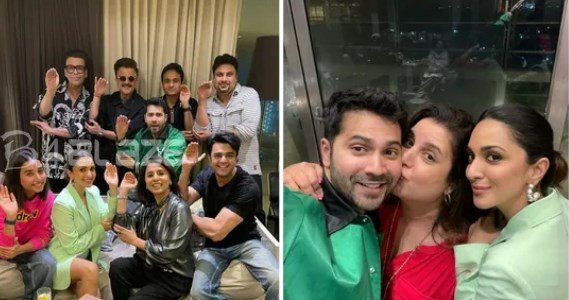 For more than 25 years, Karan and Farah have been close friends. The two had worked together on the film Rocky Aur Rani Ki Prem Kahani, which also features Ranveer Singh, Alia Bhatt, Dharmendra, Shabana Azmi, and Jaya Bachchan in the key roles. The last time they collaborated was on Student of the Year.