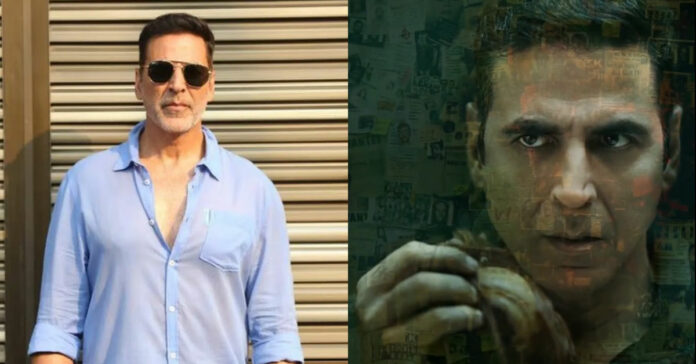 After much anticipation, the Cuttputlli teaser has finally been released, and it is sure to gain fans’ interest. On September 2, the movie, which stars Akshay Kumar as a cop on the hunt for a serial killer, will have a direct release on Disney+Hotstar. On Friday, Akshay Kumar announced the news on social media and shared an intriguing teaser for the upcoming movie as well as the information that the trailer would be released the next day.

The movie’s title was revealed by the creators on Thursday with the release of a motion poster. Recently, Akshay and Rakul announced the movie and said the trailer would be released on Saturday. Instead of a theatrical release, the movie will have a direct OTT release. The movie, which is apparently a Hindi version of the Tamil film Ratsasan and stars Amala Paul and Vishnu Vishal in the key roles, is made by Vashu Bhagnani and Jackky Bhagnani’s Pooja Entertainment.

Akshay and Rakul were in Mussoorie earlier this year filming for Cuttputlli. At the time, pictures of the actors visiting the icy alpine station went viral. Fans also saw Akshay and Rakul shooting in the city while wearing police costumes. Ranjit M. Tewari, who earlier directed Akshay’s Bell Bottom, is the film’s director.