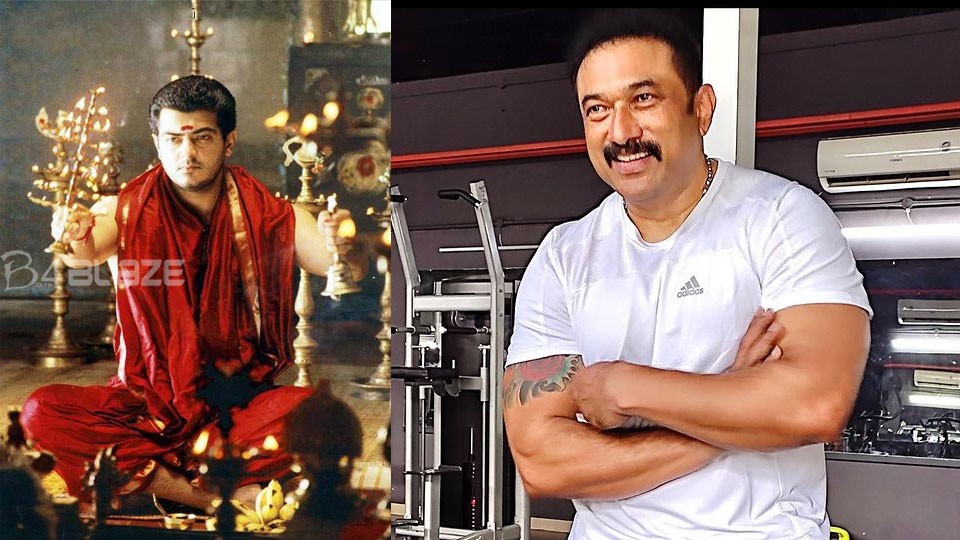 Tamil superstar Ajith Kumar is the epitome of hard work and benevolence. The actor is well known for his kindness and humble nature and Malayalam actor Baburaj has now shared his experience working with Thala! Baburaj took a stroll down the memory lane and reminisced that he first met Ajith Kumar while he was shooting for the 2004 film ‘Jana’. He recalled that Ajith Kumar, as always was friendly and during the shoot breaks they would have long conversations and the superstar treated him like a friend, whom he has known for years.

“It was during the shoot of “Jana”, that I first had a chance to rub shoulders with The Legend “Thalai”. During those days, to me, a canter van was something that I have never seen or heard of and I was always excited whenever Ajith Sir used to invite me to his canter van during breaks. He used to offer me his food and we used to spend our spare time in the van telling him stories and cracking jokes. He was all ears and would laugh and be doleful too when I revealed certain comical as well as serious incidents in my life and how I always got into a fix due to certain acts on my part done without forethought, prudence, or perspicacity. This was a routine during the shoot then.
I was doing a minor role in the movie as a villain and yet Ajith Sir treated me like we have known each other for years and we had a strong bond. He even told me that relations are not built on one’s status in society but on humane grounds. This was something that I never expected from a star of his stature (sic),” Baburaj shared in his social media post.

He further added that Ajith Kumar hasn’t changed even a bit, and expressed the same warmth and love when the star visited the sets of ‘Marakkar: Arabikkadalinte Simham’, of which Baburaj too is a part. “Many years have passed and a great many events have occurred since. It was during the shoot of the Mohanlal Sir starring “Marikkar” that I was surprised to see “Thalai” on our set and was shocked when I saw him make a beeline towards me. I was taken aback and was at a loss of words when he came and took my hand in his and started sharing pleasantries. I was dumbfounded for a while and he too realized that I was trying to regain my composure. This was something that I never expected,” Baburaj added.
“I wish well for this wonderful human being and also wish that his upcoming movie “Valimai” becomes a super-duper hit. Best of luck and God bless you Ajith Sir.🙏🙏🙏.”
‘Valimai’ is set to release in January 2022.