Rebel star Ambareesh birthday today. The late actor Ambarish was born on May 29, 1952, in Mandya’s elder sister. Last year, he died on November 24, 2018. For his birthday today, the whole of Karnataka is in the mood of celebration. The birthday of Rebel Star Ambarish is celebrated in Mandya, along with many places at Sandalwood. Sumalatha Ambarish is said to have decided to celebrate her husband Rebell Star Ambarish’s birthday significantly.

Rebel star Ambarish’s wife, Sumalatha Ambarish, wrote and posted on her social media page. Sumalatha, who had just posted her memorandum of today’s Ambarish birthday, recalled her husband Ambarish today and posted a very emotional post. Look at his post, Rebel Star Ambarish fans like to share it as a great deal.

The new MP Sumalatha Ambarish and Abhishek Ambarish have performed the worship of Ambarish’s grave at Kanteerava studios today. MP Sumalatha will talk to Ambareesh’s grand conference on Mandya. Today, at a massive convention held at Madnah, the Stage program was held only because it was not for a triumph or march. 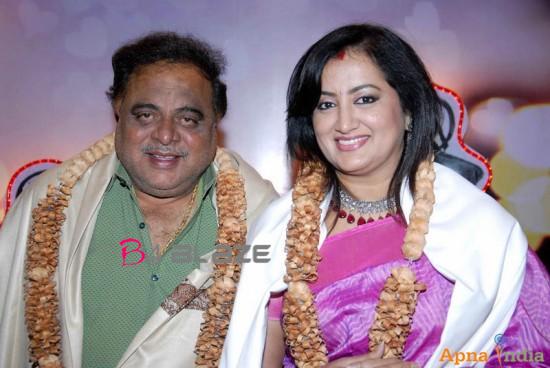 However, actress Sumalatha Ambarish won the Lok Sabha election by a margin of votes in the JDS bastion as an independent candidate. Sumalatha Ambarish is grateful to the people of Mandya who have made themselves MPs in today’s Amberish birthday convention. The new MP Sumalatha decided to make the present day convention not just a triumphal march but to make it a show.

Sumalatha joins the cast of Darshan’s next movie