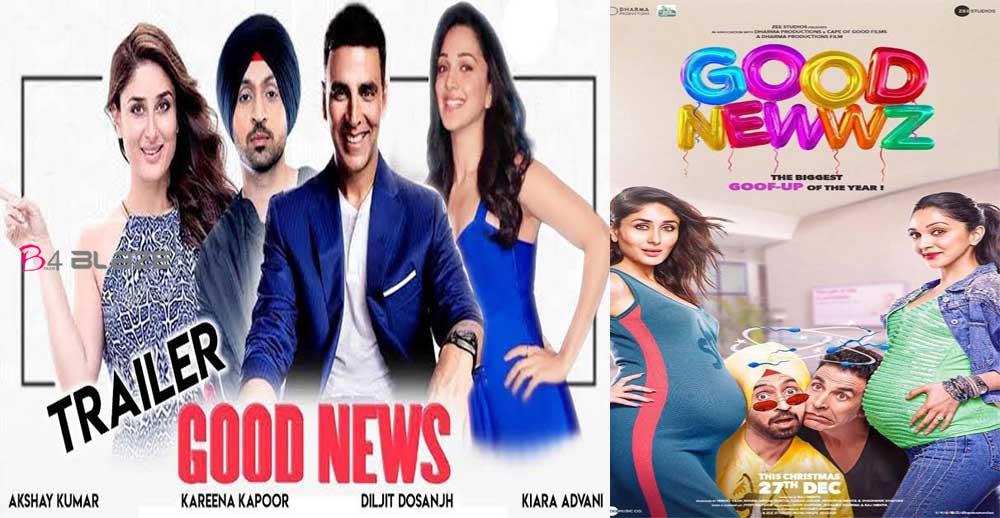 A few days back, the makers of Akshay Kumar and Kareena Kapoor Khan starrer ‘Good Newwz’ dropped a few posters of the film. They also announced the release date of the much-awaited trailer. The makers are going to unveil the trailer today and their fans can’t keep calm. Ahead of the trailer release, Akki took to his Instagram handle to share a new poster! The poster features Akshay, Kareena, Kiara Advani, and Diljit 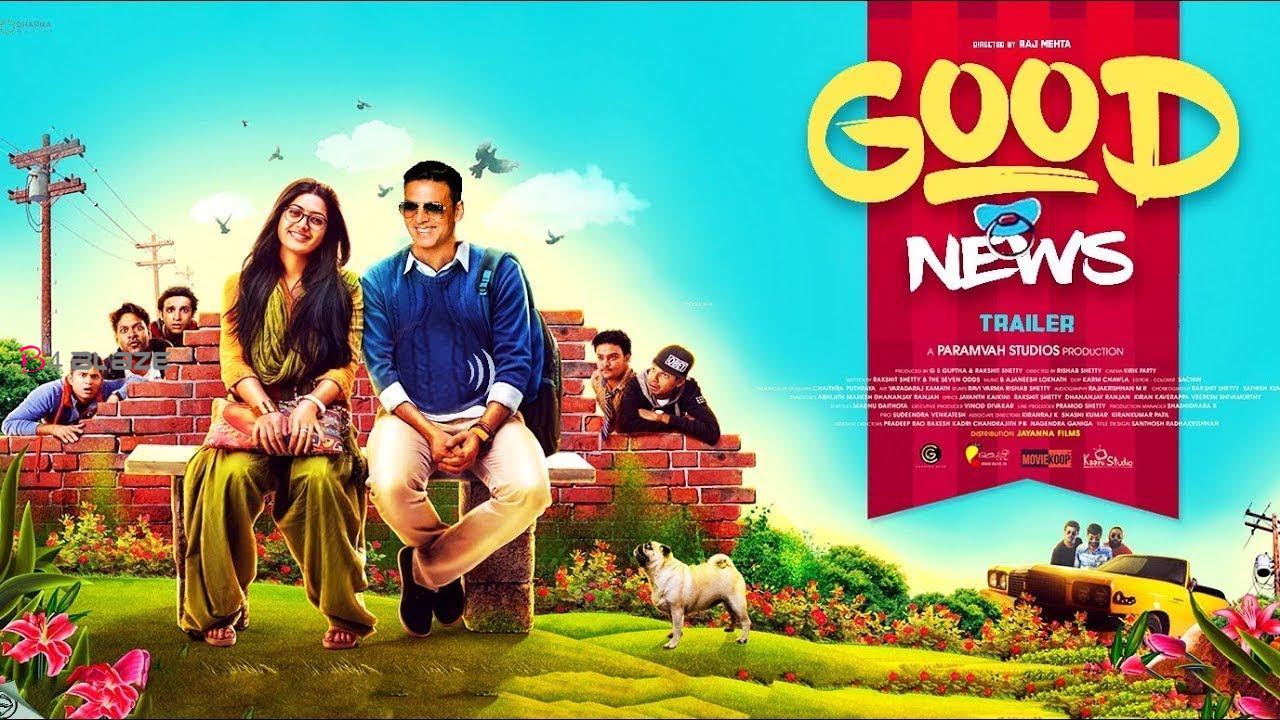 Dosanjh. As per their tagline, the film will be a rom-com filled with confusion and goof-ups. Bebo and Kiara look stunning in the poster. He wrote, ”As you can see, we’re all in this together! #GoodNewwzTrailer out today at noon!”. The film will be Akshay Kumar’s last release of 2019 and will be Kareena’s second Bollywood film post-pregnancy.

The ‘Gold’ actor even shared a motion poster, where we can see Akshay and Diljit’s heads are squeezed between Kareena and Kiara’s baby bumps. Akki and Diljit are seen troubled by their expressions. Helmed 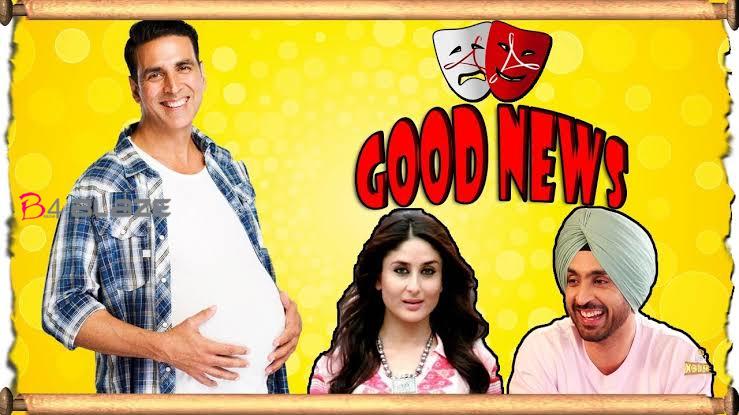 by Raj Mehta, the film is scheduled to hit the silver screens on the 27th of December, 2019. Filming commenced in December 2018, with Dosanjh and Advani filming their scenes. Kumar and Kapoor joined filming in January and announced it by posting on Instagram. On a recent interview and twitter post-Akshay Kumar said about Kareena Kapoor Khan “We are extremely fond of each other. Bebo and Lolo tease me about the amount of money I’m making and I tease them about having a flat in every building in Bandra. That’s our fun banter”’ Anjana Sukhani of Golmaal fame has joined the cast of Good News to essay an important role. The filming was finished in the first week of April 2019.