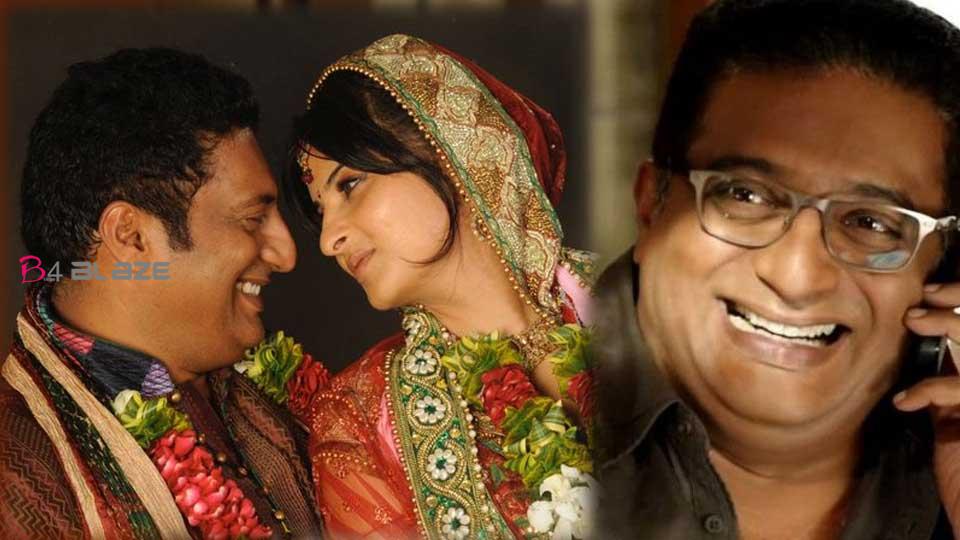 Prakash Raj celebrated 11 years of togetherness with his wife Pony Verma by marrying her again. The actor shared pictures on his social media informing fans about the same. The couple got married again and the reason was their son Vedhant. Prakashraj posted a photo on Twitter of the couple exchanging rings.

Indeed, the pictures showed happiness and joy. The couple looked deeply in love with each other. Their son Vedhant looked overjoyed seeing his parents getting married again. Prakashraj also posted on his Twitter that he is thankful to his wife who is also a great friend, girlfriend, and great life partner. The actor also shared a photo of him and Pony from their wedding. “It turned out so right.. for strangers in the night .. thank you, my darling wife .. for being a wonderful friend.. a lover and a great co-traveler in our life together.”

Karnataka actor Prakashraj made his acting debut in Balachander’s duet. Since then he has acted in many languages ​​including Tamil, Telugu, Malayalam, Kannada, and Hindi. Prakash Raj gained fame with his roles in films like Singham, Ghilli, Wanted, Anniyan, and Pokiri. Prakash Raj got married in the year 1994 to actress Lalita Kumari. Lalita Kumari is the younger sister of actress Disco Chandini. Pony Verma was formally married to Prakash Raj in 2010 after Prakash Raj and Lalita Kumari divorced by mutual consent. Prakash Raj found love in Pony at 45. They tied the knot in 2010 in presence of their close friends and family members. He met Pony on the sets of the film where she was choreographing for one of the songs.

On the professional front, he was last seen playing one of the lead roles in Edhiri, a segment in Navarasa. The actor is shooting for Mani Ratnam’s magnum opus, Ponniyin Selvan-I in Madhya Pradesh. He will also be seen on Yash starrer KGF: Chapter 2. The film directed by Prashanth Neel is releasing next year in April. As per reports, he has even been selected for Dhanush’s upcoming film with Mithran Jawahar titled Thiruchitrambalam. Next up he will be seen in Pada, the poster of which was recently shared.