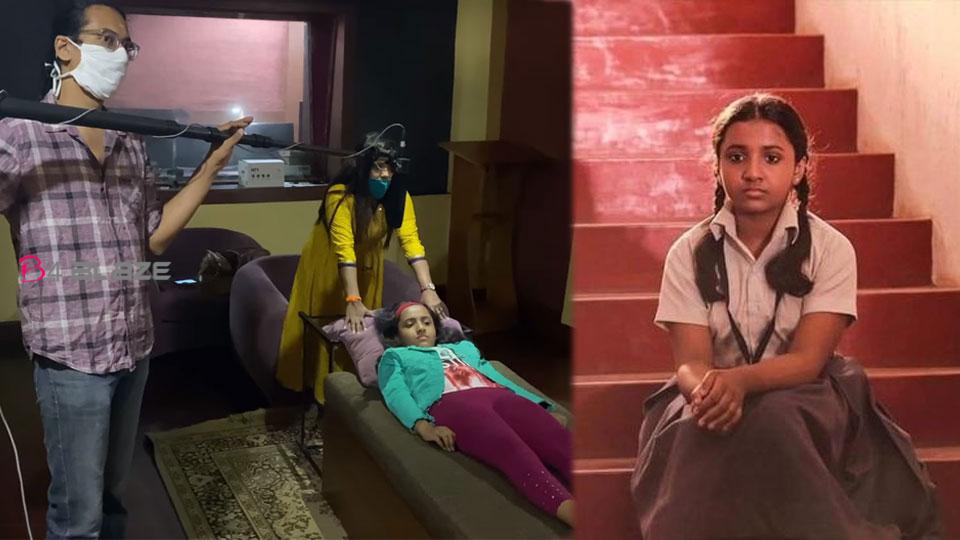 Baby Monica is a minor actress who played a notable role in the movie. The dubbing video of the sound effects for Baby Monica’s character Ameya in the film has now been shared by the Priest starring lead role by Mammootty. Dubbing is the sound made when a ghost enters a body.” Because Baby Monica is from Tamil, Nileena Aneesh, who auditioned for Monica’s dialogues at Priest, did it. But the effects in the film are dubbed by Monica herself, ”the video was shared on the film’s official Facebook page.

Monica’s dialogues were dubbed by Nileena, who was discovered through an audition a month before the film’s release. Every sound and movement of the character was as important as the dialogues. Now fans are realizing that Monica is the owner of those little sounds. Baby Monica, who debuted in Malayalam through Priest, did not disappoint the Malayalam audience at all. The film revolves around Monica’s character Ameya. The film is directed by Joffin T. Chacko. This is the first film in which Mammootty and Manju Warrier have acted together. Apart from the two, Nikhila Vimal, Jagadish, Madhupal, Sania Iyyappan, Srinath Bhasi, Ramesh Pisharody, Tony and Sindhu Verma also played important roles in the film.