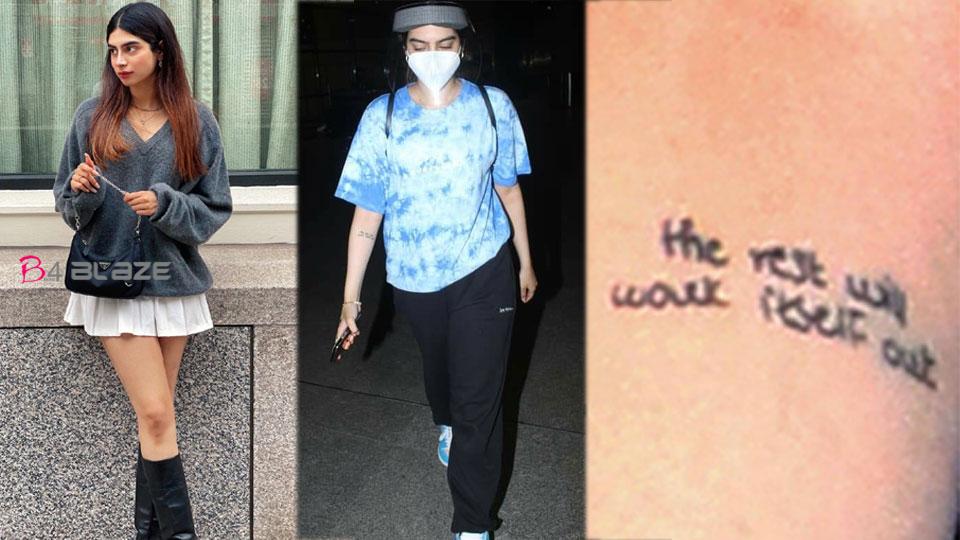 On this occasion, the three sisters Khushi Kapoor, Shanaya Kapoor, and sister Anshula Kapoor were seen taking all precautions against the rescue from Corona. All three were wearing a face mask and face shield. During this, Khushi’s look was very casual. However, his hand drew the most attention from the people, as Khushi had a tattoo on his right hand. It reads, ‘The rest will work itself out.’ Watch video …

In this video, the tattoo of Khushi Kapoor is clearly seen. This tattoo is believed to believe in the act of happiness. People are praising this tattoo. It is worth noting that recently some pictures of Jahnavi Kapoor and Khushi Kapoor went viral on social media. Because Jahnavi went to the US to meet her sister after the release of ‘Roohi’. Let us know that Khushi went to the US after celebrating her sister Janhvi Kapoor’s birthday in March, where she is studying film.