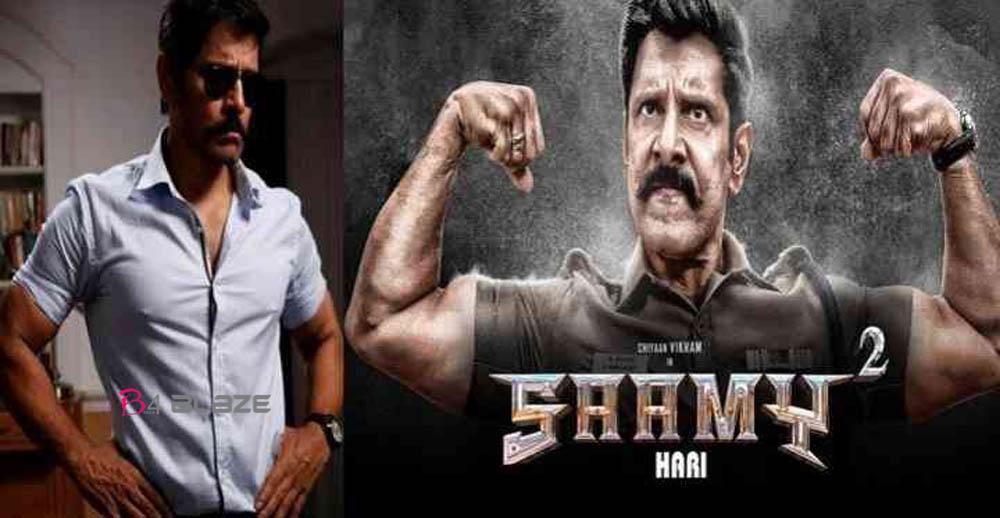 Saamy Square, (stylized as Saamy2) is a 2018 Tamil language action masala film, written and directed by Hari and produced by Shibu Thameens. It stars Vikram in the dual role with Aishwarya Rajesh and Keerthy Suresh as the female leads alongside Prabhu, Bobby Simha, and Soori in supporting roles. The film is a sequel to the 2003 film Saamy. The film was released on 21 September 2018, and received mixed reviews from critics.

Despite the commencement of pre-production, the shooting was supposed to be commenced during June or July 2017 as quoted by the film producer, various sources towards reported that the shoot would start towards the end of September 2017 Finally, the principal photography commenced in Chennai from 30 September 2017 onwards. The director also r.evealed that the film will be shot in Delhi, Mussoorie and Nepal after shooting considerable portions in Chennai. In early October, the film’s new title was revealed to be Saamy Square. Most of the scenes were shot at various locations within the city of Trivandrum and also in karaikudi by setting the name of Thirunelveli. Indiaglitz mentioned the movie “A Speedy journeys to Nowhere” in their review. They also added, ” Go for this ride if you are a fan of Vikram and are immune to Deja Vu”