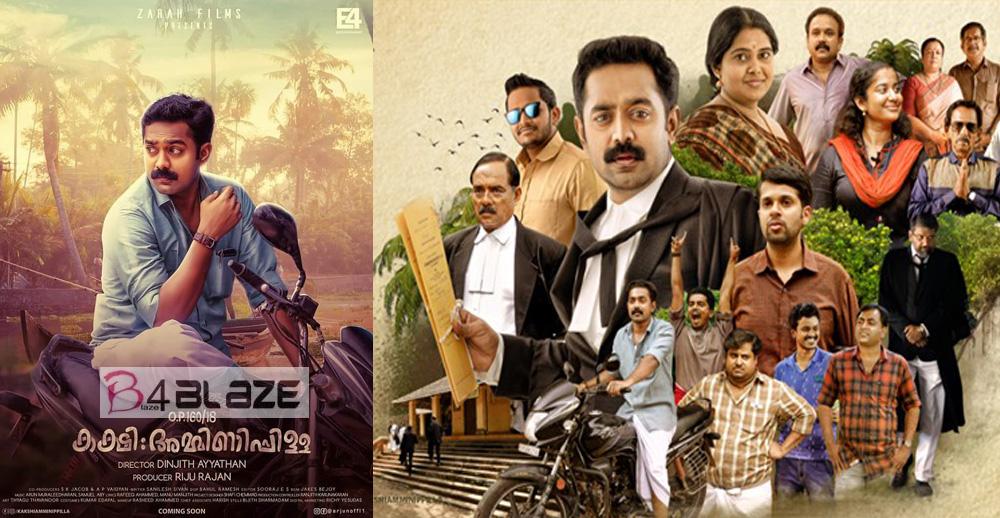 Kakshi Amminippilla is a Malayalam comedy-drama film directed by debutant Dinjith Ayyathan, written by Sanilesh Shivan and produced by Riju Rajan under the banner of Zarah Films. Asif Ali plays the lead role as a lawyer for the first time in his career. Ashwathy Manoharan, Ahmed Sidhique and Basil Joseph play other important roles.

After the era of curvy onscreen beauties, plus-sized women were relegated to comedy roles a long time in our films. It is refreshing to see that filmmakers are starting to tell the stories of women on the heavier side too. But then, how convincingly do they present it?

NRI Amminipilla aka Shajiit (Ahmed Siddique), a young ‘man-child’ is in Thalasseri for vacation and his big, joint family decides to marry him off to a girl he hasn’t met. All he gets to see is a photo and right from the day of the wedding, he detests his bride Kanthi (Shibla). Everything, from her figure, love for food to joyful shaking of legs at their wedding irritates Amminipilla and to top it all, the shy fellow’s family hardly gives them any privacy. A few days after the wedding, he loses it and demands divorce, finding a lawyer in Pradeepan (Asif Ali). From this point, the case takes over the tale.

At a time when we are fiercely fighting fat phobia, it is great that we have a leading lady who is shown eating guilt-free, least bothered about her size, in this film. What bothers her is not her size, but the fact that her husband can’t love her. The film deserves credit for not treading a cliched line of ‘mediocre-girl-turns-hot-and-floors-the-guy.’ You have seen some of the sequences in movies like Dum Lagake Haisha and Midhunam, but Kakshi Amminipilla tries to stand on its own two feet. There are moments some in the audience might relate to the characters, for example, the one in which Amminipilla explains why he is who he is. Asif Ali’s character is very different from the type of roles he has done so far. The performances of all actors are decent, and they also deserve brownie points for trying to sound authentic in the Thalasseri accent, though they haven’t always succeeded.

But, there are many sequences in which the story isn’t cogent enough. The film tries to establish that Kanthi loves the half-witted Amminipilla who bodyshames her on several occasions. The reason isn’t explained very clearly. It may be argued that you can love someone without much reason but in this tale, the absence of its explanation does create a disconnect with Kanthi’s character for the viewer. Even though she isn’t trying to look hot for her man, Kanthi is often reduced to an all-bearing naive woman who can’t understand ‘why a stranger doesn’t love her’ even after he repeatedly states the reasons out aloud! And in this respect, she isn’t very different from certain done-to-death soap opera characters.

At several points, the movie also looks down upon those who seek divorce with reasons like you either ‘have lived together for too long a time or too short a period’ to demand it. It is true that in real life, even our legal system dishes out that line often. But, the film fails at showing why the audience should buy into it, and boringly romanticises the idea ‘if people spend enough time together issues will disappear.’ The humour in the film is mediocre, though Basil Joseph’s character gives a few laughs.

Kakshi Amminipilla might merit the time of those who want to sit back and relax, watching how under-confident guys mess up their lives, the challenges of a plus sized girl, dangers of forcing the ancient concepts of marriage on today’s youngsters and how overprotectiveness might ruin your children’s lives.