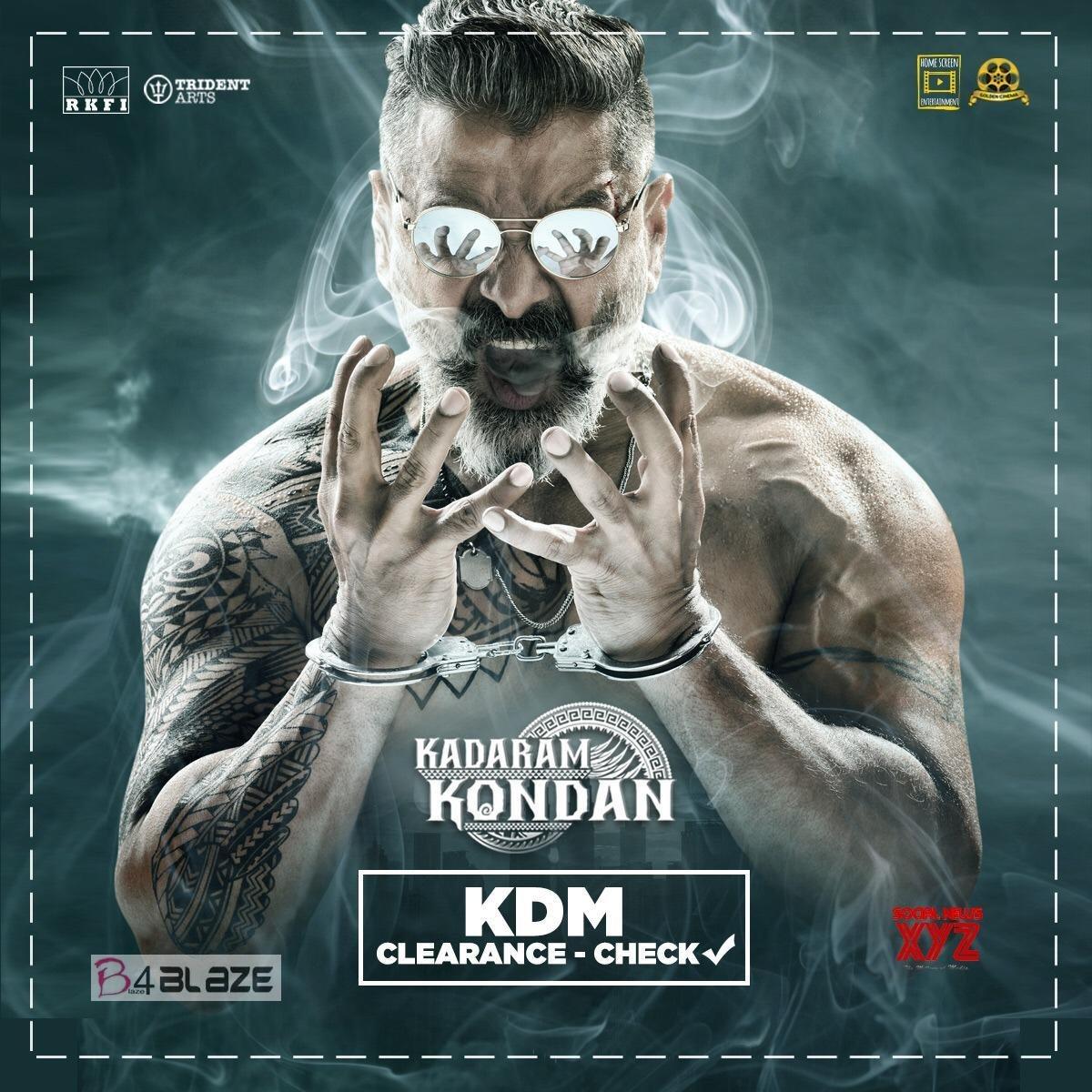 KK (Vikram), the protagonist of Kadaram Kondan, is a mysterious figure – even after the film ends. Is he a supercop? An undercover officer? A double agent? A master criminal? But then, the film asks us to not worry about it. All you need to know is that he is badass – the kind who lights up a cigar when the gash on his abdomen is being stitched. And Vikram plays this character by turning on his star power to the fullest. The character might hardly be a stretch for Vikram the actor, but for the star, it presents a great chance to play to the gallery. In that sense, you could call Kadaram Kondan Vikram’s Billa moment. All that the film asks from him is swag, and that he delivers in loads.

As for the film, which is a remake of the 2010 French action thriller, À Bout Portant (or Point Blank as it is internationally known), it shares quite a few similarities with director Rajesh Selva’s Thoongavanam (which itself was a remake of another French hit Sleepless Night). As in that film, we get a kidnapping and blackmail, twists that involve dirty cops and cover-ups. This does give us a bit of deja vu. The story here revolves around Vasu (Abi Hasan), a trainee doctor, who saves the life of KK, who was involved in an accident and has been admitted in his hospital. But this leads to his wife, Aatirah (Akshara Haasan) getting kidnapped. To save her, he has to help KK, who is now wanted by the cops, escape from the hospital. But soon, he realises that his only way to save Aatirah and himself is by teaming up with KK, who is most wanted among both cops and criminals. What makes this film somewhat different from the French version is that it puts the focus on KK rather than have Vasu as the protagonist.

The action scenes make Kadaram Kondan a visceral experience, even though Rajesh Selva’s filmmaking falls short on flair. As long as we get a chase or a shootout, the film feels thrilling enough. It is only in the quieter moments, like the initial scenes that set up the story, that get us restless. Thankfully, Ghibran’s energetic wall-to-wall score lends the film momentum. And Vikram ensures that we don’t leave disappointed.