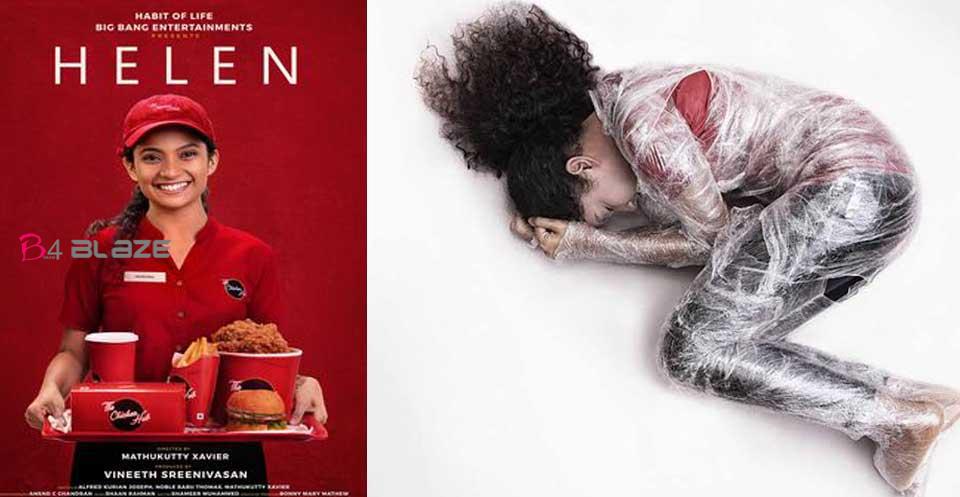 Helen is a Malayalam survival thriller film directed by Mathukutty Xavier and produced by Vineeth Sreenivasan under the banners of Habit of Life and Big Bang Entertainments. The film stars Anna Ben in the title role while Lal, Noble Babu Thomas, Aju Varghese, Rony David, and Binu Pappu appear in supporting roles. It was jointly written by Alfred Kurian Joseph, Noble Babu Thomas, and director Mathukutty Xavier. Anend C. Chandran was the film’s cinematographer, and its soundtrack and score were composed by Shaan Rahman. The film is distributed by Funtastic Films.

Helen (Anna Ben) is a happy go lucky yet responsible girl raised by her single dad Paul (Lal). Theirs is a lower-middle-class family that has suffered through financial and emotional difficulties following the mother’s illness and demise. To pay back debts and have a peaceful life, Helen aspires to migrate to Canada. 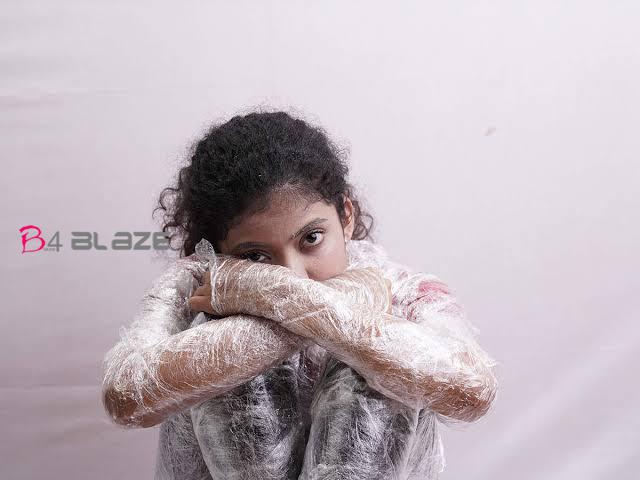 The dad-daughter duo shares a beautiful bond. Things go wrong when an annoying cop Ratheesh Kumar with his moral policing instincts calls up Paul to inform that she is having an affair with Azhar (Nobel Babu Thomas). Finding it difficult to face her dad, she stays back at her workplace and accidentally gets trapped in the freezer. Will she manage to survive?

Newbie director Mathukutty Xavier’s movie tells the tale of a girl’s survival that spans five hours of a night. It centers around Anna Ben, who showcases the entire panoply of emotions on her face, especially in the second half. A sense of claustrophobia creeps in as she breathes, shivers and takes each step in the freezer. The adorable relationship between the dad and daughter makes the sequences outside the freezer, where the panicked dad and friends are struggling to find Helen, dripping with emotion. The elements, the scribes Alfred Kurian Joseph, Nobel Babu Thomas and the director himself, use in the first half to establish the plot and to make Helen and her dad endearing, are effective while the struggle continues inside and outside the freezer. 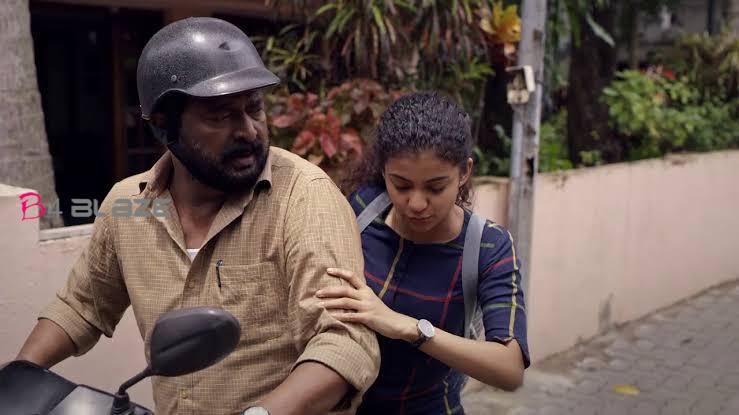 However, Helen does test one’s patience after a while. The survival strategies are good but cliched. The rat in the movie reminds one of that in Rajkumar Rao’s Trapped. While Anna Ben, Lal, and Aju Varghese compete with each other to showcase remarkable performances, debutant Nobel struggles to catch up. 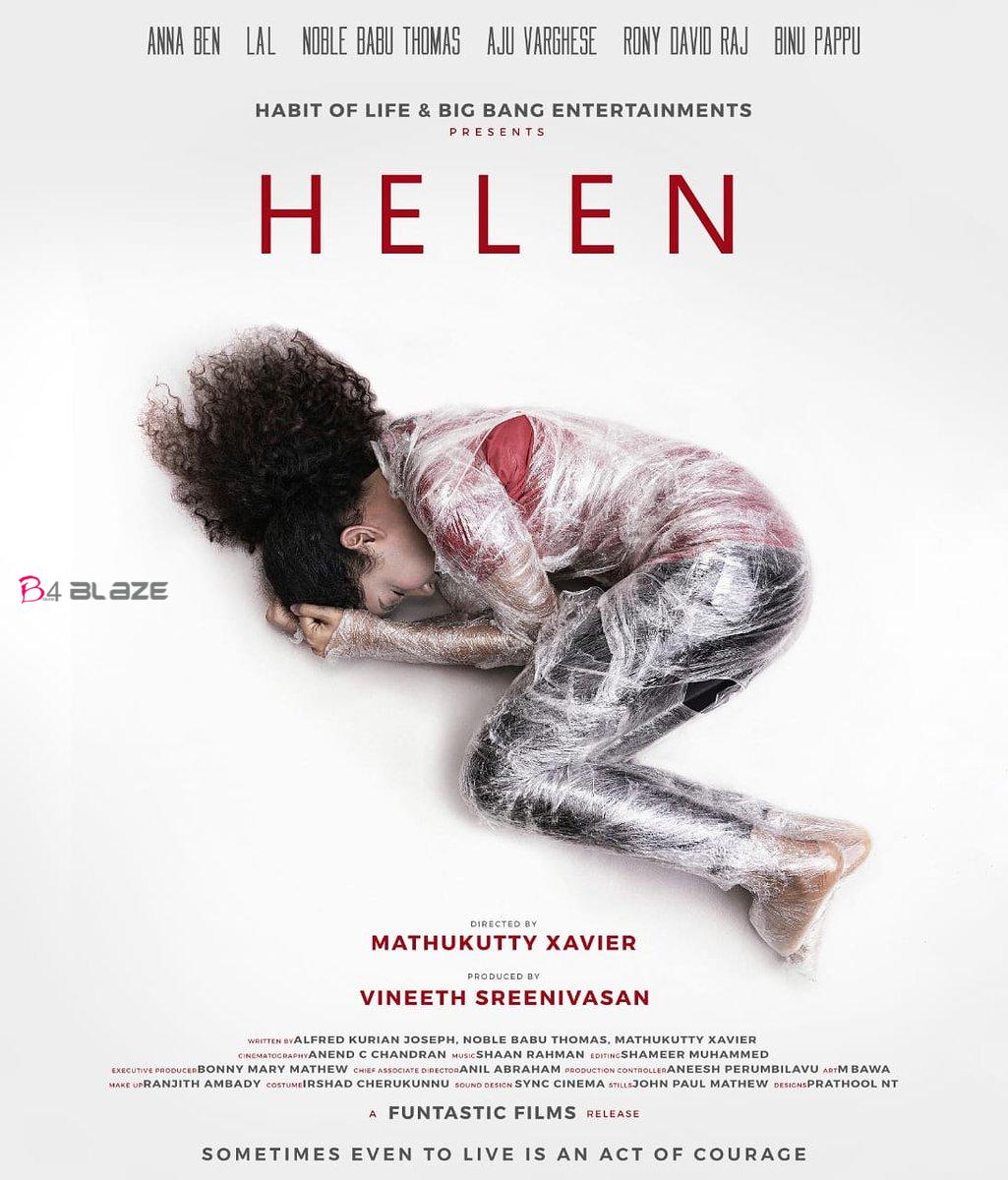 With a lot of close-up shots and colorful visuals, Anend C Chandran’s cinematography amps up the movie’s pace. Shaan Rahman comes up with some fab music.

Helen is a typical family film from the Vineeth Sreenivasan school of filmmaking which is enjoyable and empathetic. The feel-good movie, though a survival drama, would definitely bring a smile to the faces as the curtains come down. 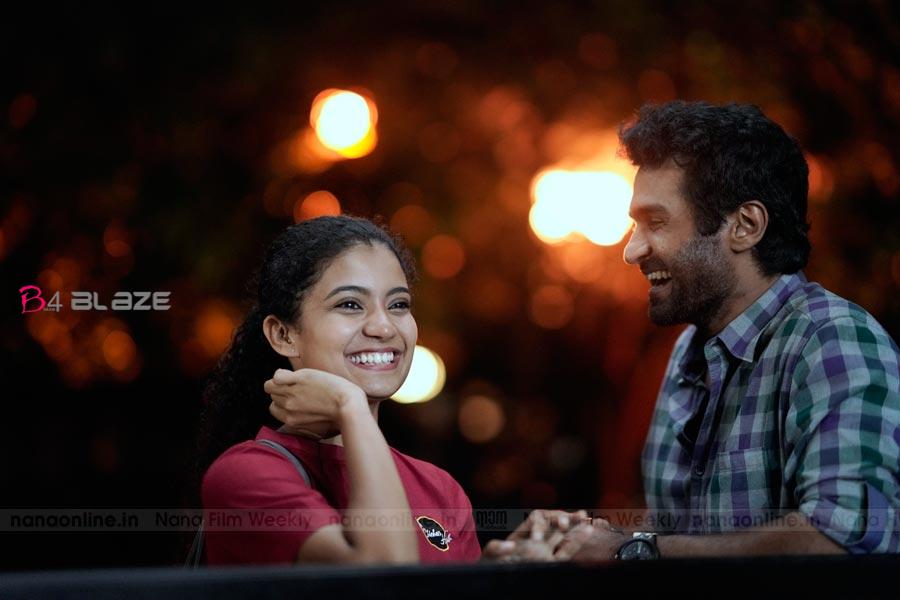