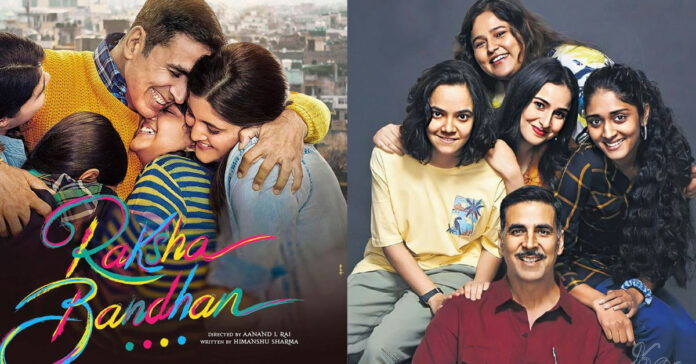 Akshay Kumar is one of the most adored and admired actors in the Indian film industry, and he is well-known for his work ethic and discipline. The actor’s filmography includes films such as Airlift, Baby, Mohra, and others, and it’s truly amazing how he manages to do it all. However, his recent films have not performed that well, as they should have. The film competed with Aamir Khan’s Laal Singh Chaddha for second place among moviegoers. The best part about both films colliding is that there is a clear distinction between which film leads which. Raksha Bandhan outperformed Laal Singh Chaddha in mass circuits such as the Gujarat circuit, whereas Laal Singh Chaddha did well in metros and big cities.

The Akshay Kumar and Bhumi Pednekar starrer opened to Rs. 8 crore nett on day one, far below expectations given that the film was released on Raksha Bandhan. The film saw a drop on Friday before rebounding over the weekend. Raksha Bandhan added Rs. 6.50 crore on Independence Day, far less than expected. The film’s five-day total is Rs. 33.50 crore nett, and the journey is far from over. It remains to be seen how the film holds up over the weekend and whether it can truly compete with Laal Singh Chaddha. In terms of overseas business, the film is struggling to even reach one million dollars, compared to Laal Singh Chaddha, which is approaching ten million dollars in its entire run.

What helps Raksha Bandhan the most is its low budget and short turnaround time between filming and release. These two factors, along with lucrative non-theatrical sales, have kept the producers afloat.