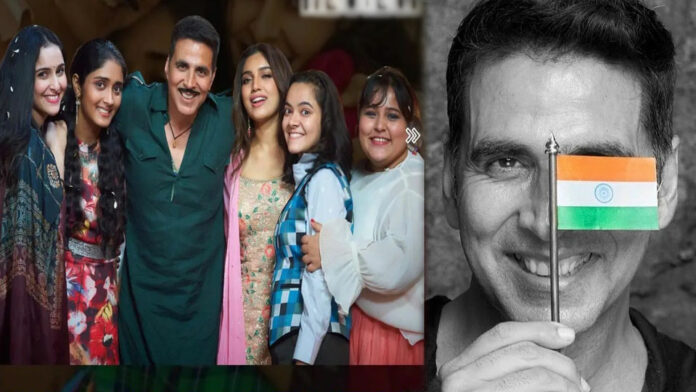 The box office for Akshay Kumar’s Raksha Bandhan increased marginally by 25% on Sunday, with early estimates placing its take somewhere between Rs. 7.40 crore and Rs. 8.10 crore. Raksha Bandhan has a four-day total of around Rs 28 crore, which is a pitiful performance, especially for a movie starring a Khiladi like Akshay Kumar. The regions that have actually outperformed during Raksha Bandhan over the course of the four days are UP and Bihar.

Gujarat has, surprisingly, not fully embraced this family drama. PVR, Inox, and Cinepolis, three national multiplex chains have contributed about 48 percent of the total throughout the course of the weekend, with non-national chains and single screens contributing another 52 percent. Raksha Bandhan should have generated at least Rs 40 crore over the course of four days since that would have provided the foundation for reaching the half-century mark by Independence Day and beginning the path to the successful milestone by reaching a century.

The results are approximately 40% below even cautious predictions, and the Aanand L Rai film is now likely to be a huge failure for the stakeholders. The five-day extended weekend collection for Raksha Bandhan will be close to Rs 35 crore, with Monday’s collections expected to be lower. Raksha Bandhan will aim for lifetime revenue totals of roughly Rs 60 crore, but it may end up being yet another post-pandemic flop for the Hindi film industry.

Although we have yet to receive a precise estimate from the officials, the numbers from abroad are insignificant. Though as a movie, Raksha Bandhan never catered to this crowd, predictions are that it will end under $2 million in the international marketplace. Both of the movies that were released on August 11—Raksha Bandhan and Laal Singh Chaddha—turned out to be a massive letdown for the Hindi film industry, however, the latter came with higher expectations and a bigger budget, so its failure comes as more of a shock.